To celebrate the release of our new collection The Audition: Monologues with Direction we invited the author of all 52 monologues— the brilliant Jon Jory— back to share some of his insights as both a master director and theater educator.

Picking the right audition monologue for a student actor can feel like an impossible task— let alone for a whole class of eager theater students! Jon’s direction will help you choose the right audition pieces, use them them to build these young actors’ skills, and make them most of them in the classroom. The Audition includes Jon's original monologues, his direction and suggestions, plus 10 Shakespeare monologues and tips for helping theater students tackle the Bard!

Now, without further ado, the master himself: Jon Jory!

The Teacher and the Audition

During my long years as an Artistic Director, I must have seen at least a hundred thousand auditions. Frankly it was kind of a nightmare and— shhhh, don’t tell!— I sort of dreaded them. Then I began a teaching career and they became my best friend. Audition material is a blessing in the classroom. Let me count the ways.

Well, obviously, students are always asking us to help them find audition pieces. It’s incredibly time consuming, right? And those books?! I have one that has a thousand audition pieces and I must have two dozen books. By the time I’ve looked through a couple of books I’m dazed and it’s eleven o’clock at night. Help! That’s the first reason I wrote The Audition. With fifty-two audition pieces covering a variety of topics and genres— all of them gender neutral and just the right length— you might even be in bed by eight. 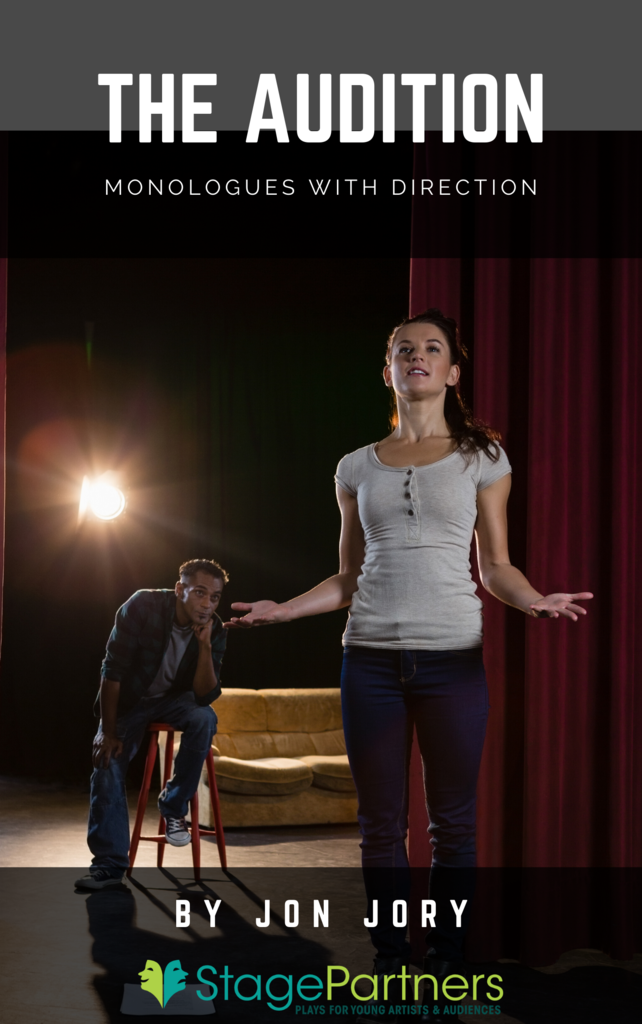 Finally, I can get more done with more students in the inadequate class time we always have to cope with. I use ten-minute segments. The piece takes a minute and half and leaves me eight minutes to do specific work with the actor. That means with a class of twenty I can do individual work with everybody in four sessions. My great frustration is that these student actors long for individual work and there is never enough time. Plus everybody working the same material keeps everyone interested. If I have a class of thirty I might use three pieces, each one done by ten students to provide variety. You can, and will, mix this work in with your favorite exercises, warm-ups, and group activities.

Have fun and good luck!

Ready to find that perfect audition piece for your student actors? Click on over to our page for The Audition: Monologues with Direction and read a lengthy FREE sample today!

Download the complete collection for just $25 and you get a fully printable PDF containing all 52 original gender-neutral monologues for young actors by Jon Jory, plus Jon’s directing notes to make the most of each audition piece, and 10 Shakespeare monologues with vital advice for helping student actors tackle the Bard.

Ready for more directing advice from Jon? Click here for more in the Director’s Corner series.