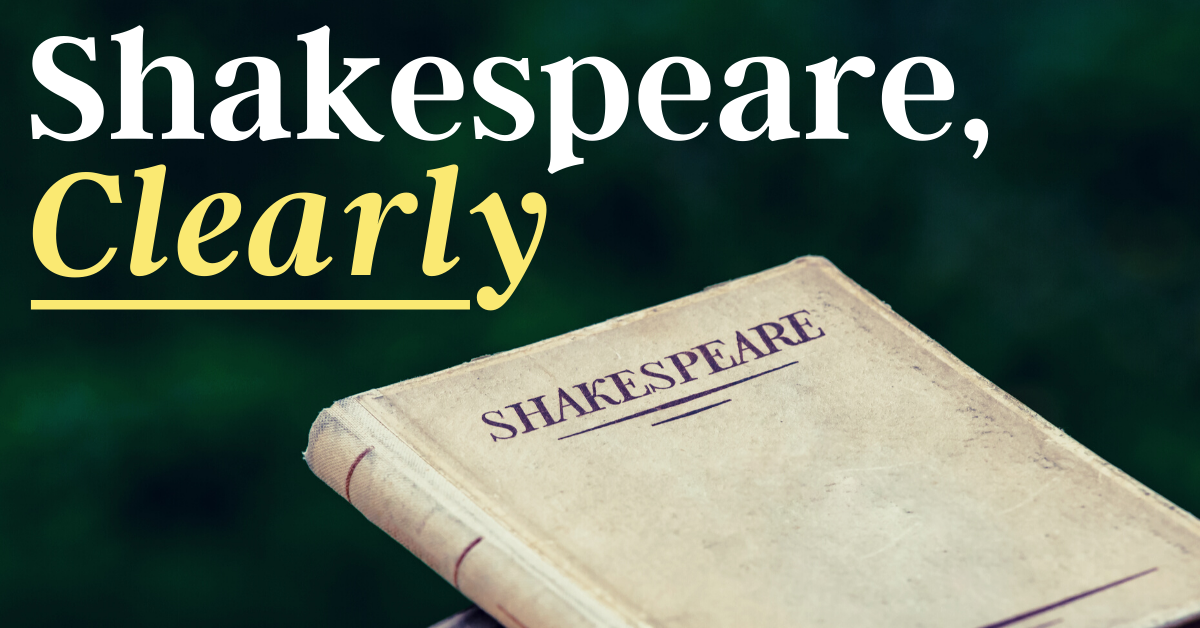 If the Pandemic has given us theater teachers anything, it has given us the opportunity to have our students focus on fundamentals. So often in pre-"shelter-in-place" times, we were just so busy with all of the moving pieces of putting up a show. How we wished we had more time to do a deep dive into technique, theater history, and play analysis! Well that time is now: Enter, Distance Learning.

One of the fundamental building blocks of being a theater practitioner is knowing the work of William Shakespeare. Love him or hate him, you have to back up your opinions with experience. Now, how to get your students interested in diving into these dense texts?

Enter Jon Jory and his collection, SHAKESPEARE, CLEARLY. A prolific theater maker, Jory has given us a new device to engage our young students with the characters of Shakespeare and easily connect with them. He calls it ‘Plainspoken’ Shakespeare. Jory adapted the language to fit the modern reader, but these ‘plainspoken’ texts don't talk down to the reader. The language is still theatrical, poetic, and honors the original dialogue. The one-acts are trimmed with surgeon-like precision and get right to the heart of the tale. The full-lengths are energetic and are evidence of Jory’s intimate experience with each play.

With Shakespeare, Clearly, we hope young artists and students fall in love with the Bard's classic characters and ignite a desire to dive into the original text. Whether you decide to perform these adaptations or develop a Distance Learning curriculum around them, we know these adaptations will help both audiences and students connect to Shakespeare in a new and enjoyable way.