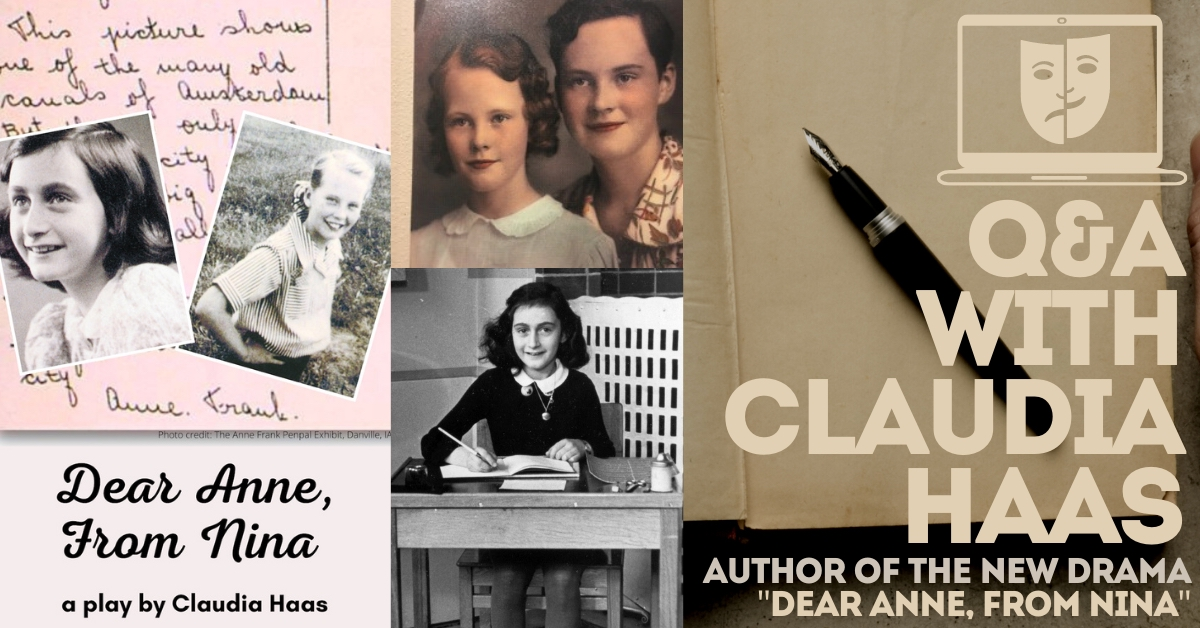 Playwright Claudia Haas has written the poignant and beautiful Dear Anne, From Nina based on the pen pal exchange between the Frank sisters and two American sisters in Iowa. Stage Partners Education Director Maria McConville chatted with Claudia to find out how she encountered this story, what inspired her to bring it to the stage, and how she hopes the play will inspire young people to stand up to injustice.

An Interview with Playwright Claudia Haas:

MARIA MCCONVILLE: I was fascinated to find out that Anne Frank had, for a brief moment in time, an American pen pal! How did you come across this story? Were you asked to write the Play or did you ask to write the play?

CLAUDIA HAAS: I saw an article in the BBC about the brief penpal exchange. It sent me on a research mission through google to learn more. When I discovered there was a museum dedicated to the small but important exchange of letters in Danville, Iowa, I knew I needed to pay them a visit. Danville is only about a day’s drive from my home in Minnesota, so it was all just luck that I was able to explore in-person. I had recently come home from a trip to Amsterdam where I visited the Anne Frank House. Seeing the cramped hiding space versus the openness of the farm in Iowa was very poignant. I do not dwell on Anne’s time in hiding though. The play opens with how the first letters came to be and closes with the last letter that the Iowa sisters received from Otto Frank (an imagined letter as the original is lost).

As soon as I read the news article, I knew I would write about it. I grew up in a neighborhood of refugees – many were Holocaust survivors who were children/teens during World War Two. Hearing those stories as a child from the perspective of a child that lived through it those times ingrained in my DNA. 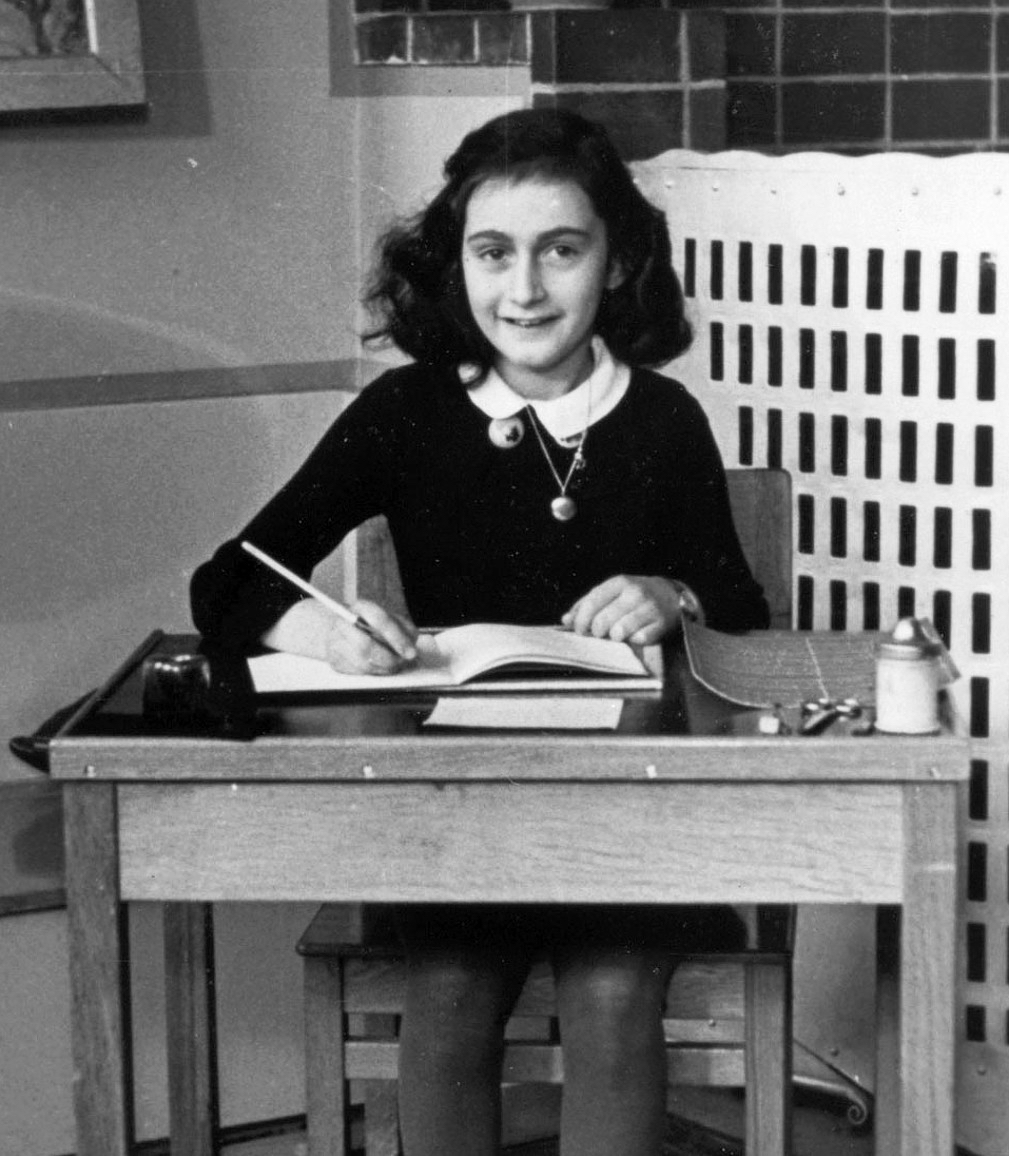 MM: In reading a bit more about the letters, it seems Anne and Juanita had only exchanged one letter in real life. What inspired you to build on that and dramatize a longer exchange between Anna and Nina?

CH: I keep the exchange pretty accurate. The Iowa sisters (Nina and Jeannie in the play) initially wrote a letter to Anne and Margot Frank. Nina’s Teacher, Miss Birdie, had initiated a pen pal exchange when she visited Amsterdam. Miss Birdie thought it important that her students have knowledge of the lives of children outside of their Iowa bubble. On April 29, 1940, they received a reply from the Frank sisters. They wrote back but never heard from the Frank sisters again. In May 1940, the Nazis invaded The Netherlands and the Frank family’s life was never the same.

“Jeanie,” the older sister was devastated. She was teaching at the time and brought the letter to her students. She read them the letter and implored them to be kind to each other.

What I expanded was the day-to-day life of four children living at the same time in widely different circumstances. In the play I put the ordinary life of two Jewish children in Amsterdam side-by-side with the daily life of the two Iowa farm girls. The Franks certainly had more comforts. In Iowa, the family scrambled to stay afloat. But in the end, the Franks were being hunted and in Iowa they were free to make a life. They were free to live.

MM: What was something that you discovered while researching and writing this story that surprised you? 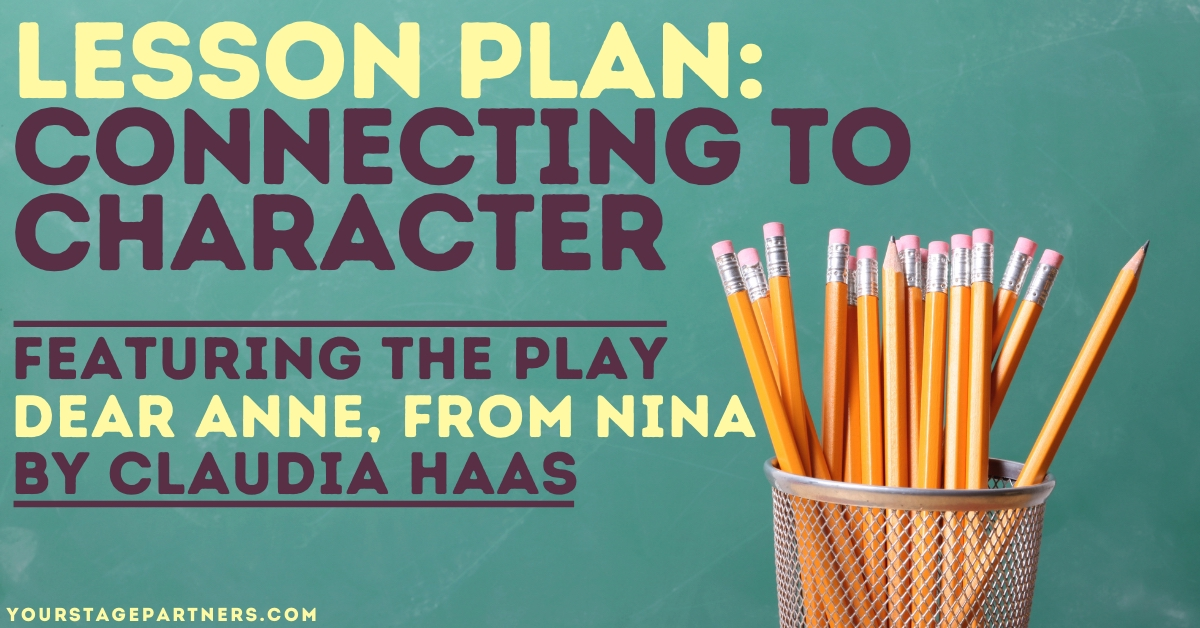 Bring Dear Anne, From Nina into the classroom with this FREE lesson plan!

MM: The scenes where Nina is impatiently waiting for Anne to write back and the excitement when she does receive the letters reminded me of how I loved to receive mail as a child. Do we have anything now in our culture that is as exciting as waiting for/receiving a letter in the mail?

CH: It is so different with everything being “instant” these days, isn’t it? I do think that the pandemic really heightened our sense of “getting together.” For over a year, a lot of us have only seen family members via facetime or zoom and as we planned for this, we really looked forward to a “cyber-in-person” chat. It’s not a hug, of course, but it is visual – we can see who has grown. It is more than a disembodied voice. I think there has been excitement over seeing your new cousin, or your grandparents or a friend that moved away that you were going to visit every summer.

MM: What do you hope young people and audiences will take away from working on this play or experiencing a production?

CH: I am encouraged by how young people have been vocal about equality (racial, religious, gender). The world still has challenges, indeed will always have challenges but hate is never the answer. I think young people know this and I hope that the play helps to cement that knowledge. When the world rears ugliness, I want young people to know about ugly times and declare, “We are not going down that road again.”

A Play By Claudia Haas

In February 1940, a young girl in Iowa pulled the name of a pen pal out of a hat. That name was Anne Frank. There was a brief correspondence before the Nazis invaded The Netherlands. The play is a coming-of-age reflection of that time from 1940-1942. While Nina and Jeannie strive to be “citizens of the world” in their tiny town of Danville, Anne and Margot try to live their lives in a world that doesn’t want them. 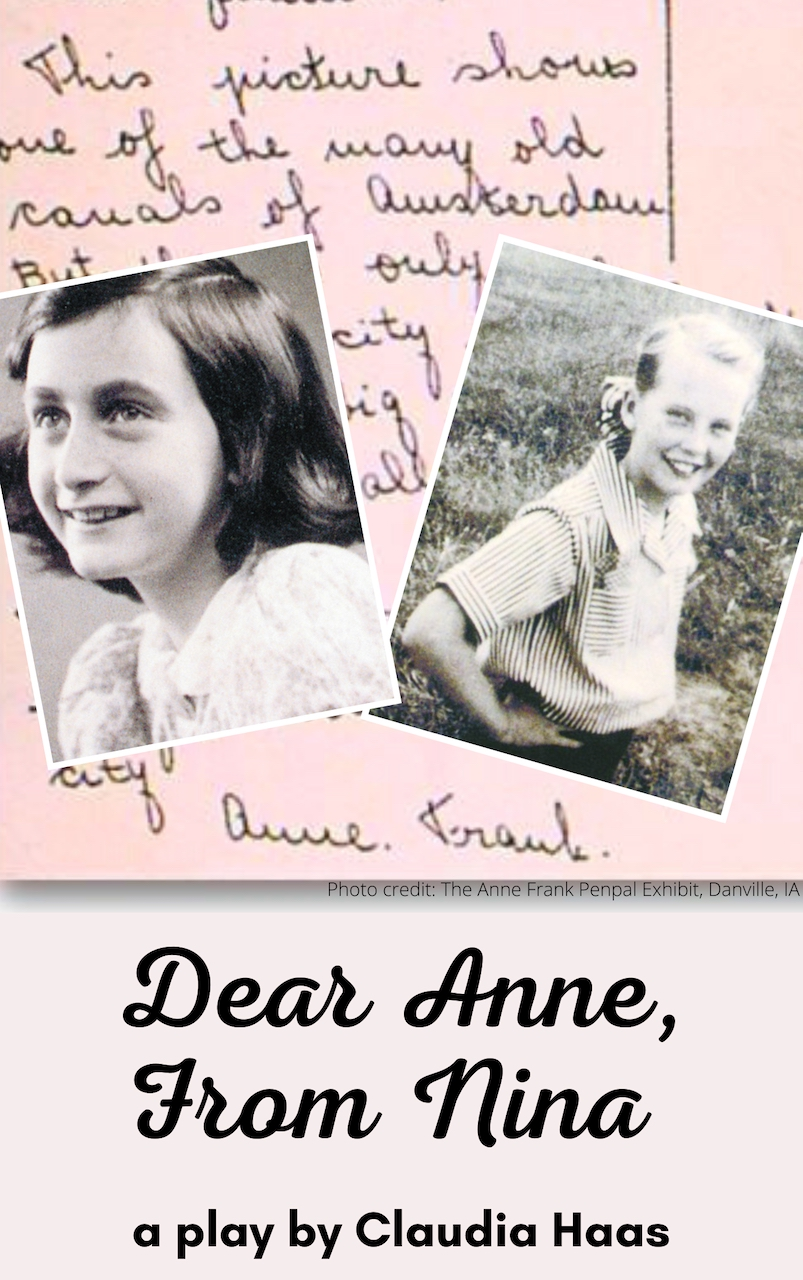 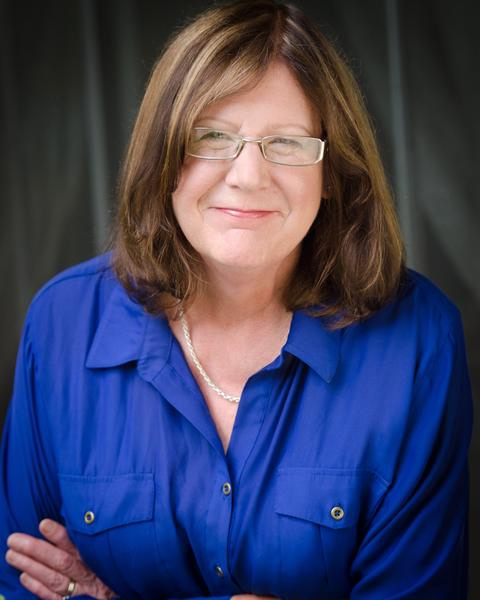 Claudia Haas focuses on theatre for young audiences and inter-generational audiences. She seesaws between characters in their teens and roles for “fine-wine actresses.” She was an O’Neill Conference semifinalist for her 9/11 play Making Some Noise. Her plays have been widely produced in all fifty states as well as on five continents. Her youth plays have been developed through the Bonderman Symposium (now called “Write Now”), Purple Crayon Players at Northwestern University, the Playwrights-in-our-Schools grant and the Old Miner’s Children’s Playwriting Contest at Utah Valley University. Her adult plays have been work shopped with The William Inge Short Play Festival, Workhouse Theatre, Little Lifeboats and Theatre Pro Rata. Honors include winner of the Aurand Harris Memorial Playwriting Award, Anna Zornio Playwriting Competition, AATE’s Unpublished Play Reading Project, University of Central Missouri’s Children’s Playwriting Competition, East Valley Children’s Theatre Playwriting Competition, Jackie White Memorial Playwriting Contest and others. Fifty of her plays are published. She is a member of the Dramatist Guild of America, the Playwright’s Center of Minneapolis and the American Alliance for Theatre Education. Claudia lives in White Bear Lake, MN where there are many loons and ducks that bring smiles but sadly no penguins.

Click here for to read more plays by Claudia.