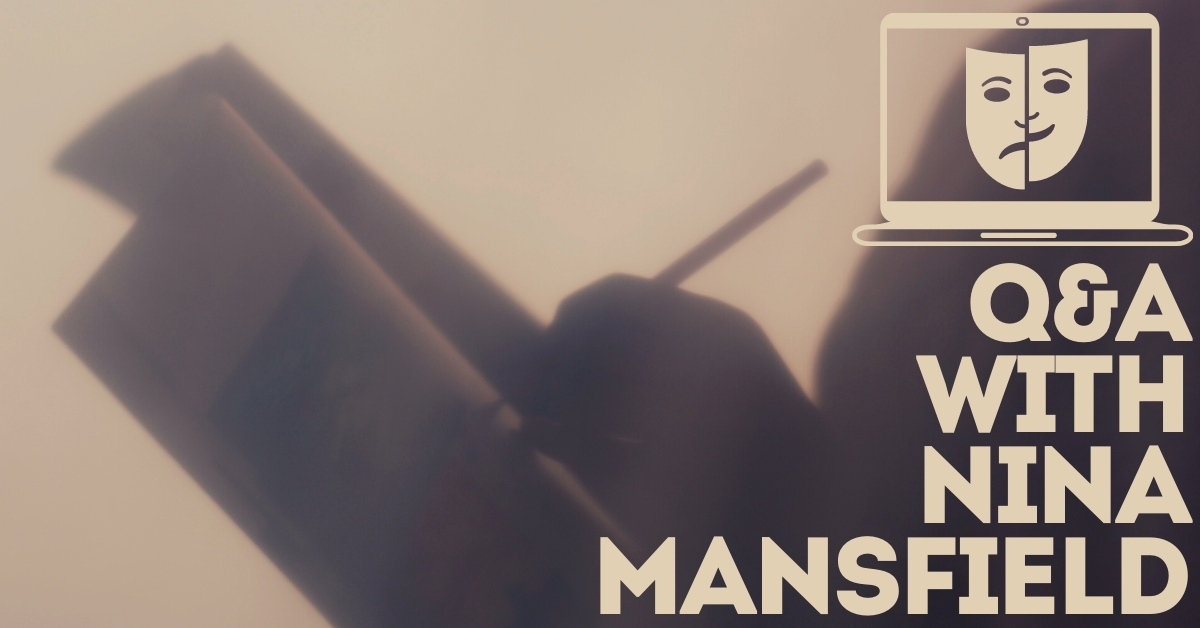 Theater teacher and playwright Nina Mansfield talks about her virtual adaptation of an ancient classic, ANTIGONE: 3021, with Stage Partners Education Director Maria McConville. Find out how Mansfield adjusted her Fall Play to a virtual setting and what she thinks about this new way of creating theater. 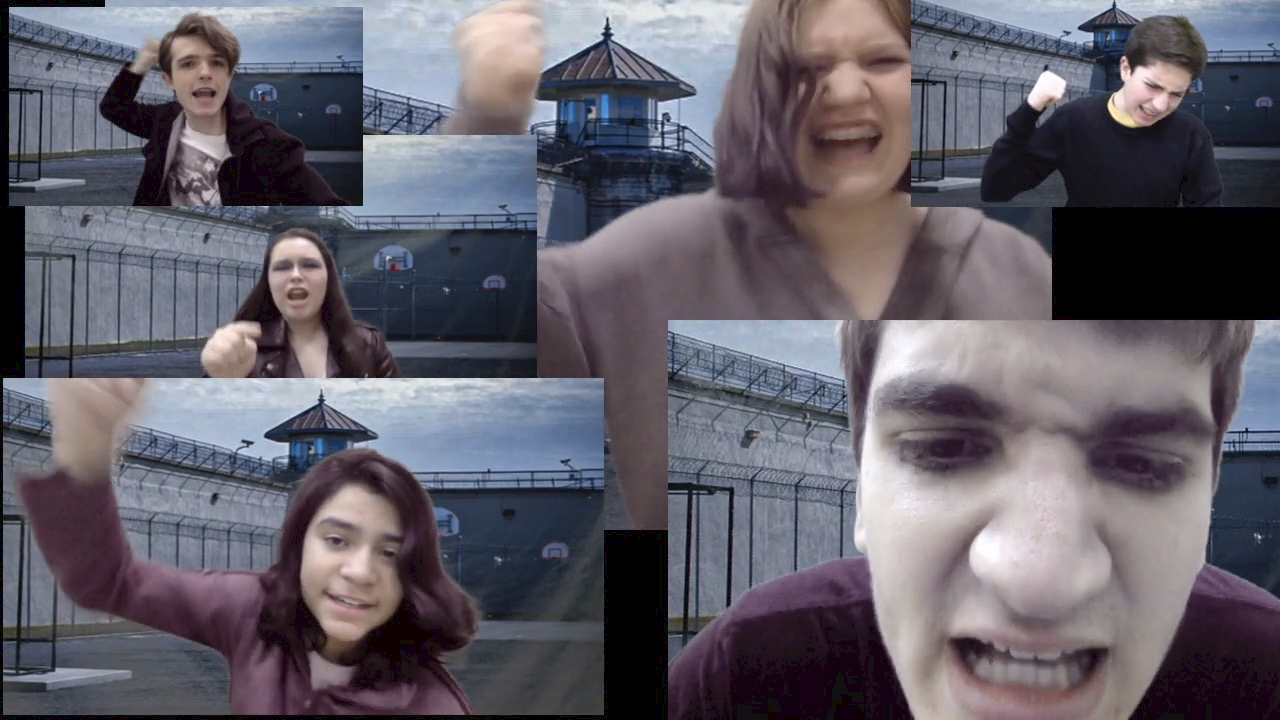 Photos from the Harrison High School production of Anitgone: 3021, Directed by Nina Haberli

An Interview with Playwright Nina Mansfield:

STAGE PARTNERS: Before the pandemic, was Antigone the play planned for Spring 2020 with your students?

NINA MANSFIELD: Our Spring show is always a student directed play, and last year the students had just started rehearsals for You Can’t Take It With You when the pandemic hit. While they were able to pull off a delightful virtual production of the play, it became very clear to me that for the fall, I would need to select something that was written for the virtual environment. 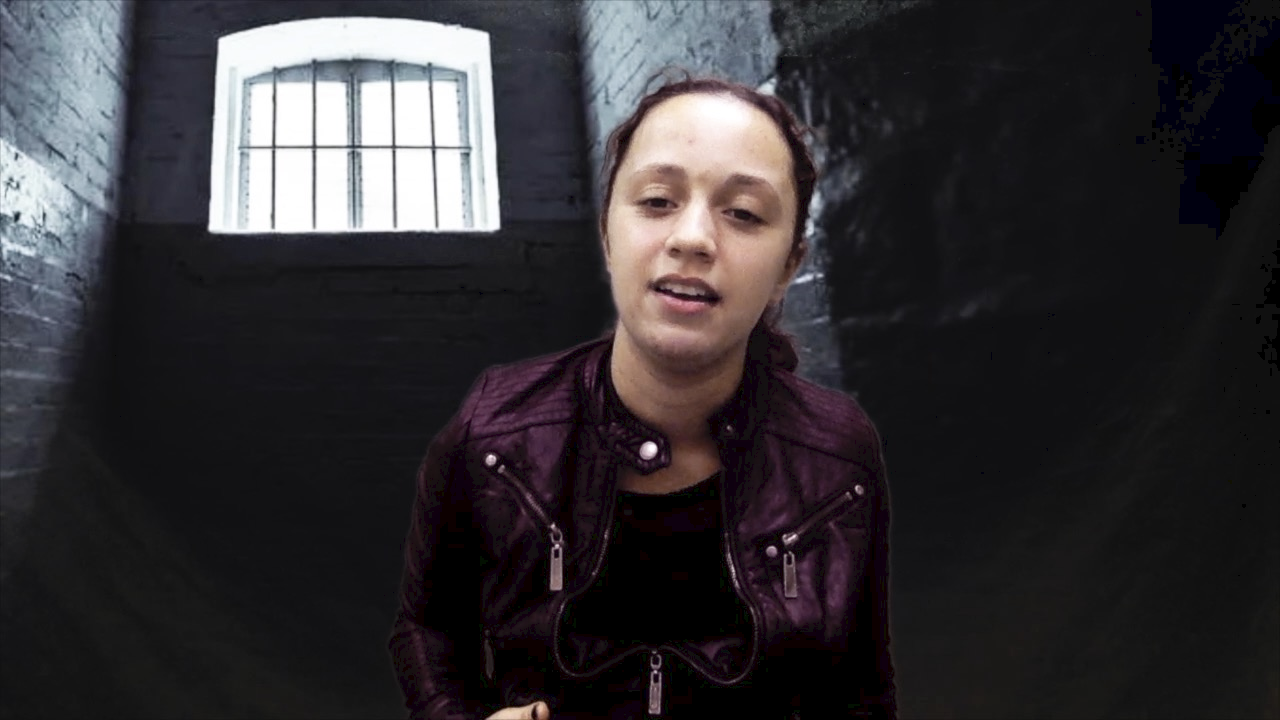 SP: What brought you to this ancient story and what was the inspiration for bringing the story to the future?

NINA: Antigone is a play I have wanted to adapt for some time. I taught the play when I taught 10th grade English, and I have grown to love it. In the summer of 2020, there was so much going in in the United States; protesters had filled the streets of our cities and we were in the midst of a very contentious election season. I felt like the current times were posing moral questions that didn’t seem to have any easy answers. Sophocles tackled such questions with Antigone. The Ancient Greeks also used theatre to help audiences understand the times. Our current circumstances can be confusing and distressing for high school students; examining classic stories can be one way students can begin to process these tumultuous times.

The first scene in the play, in which Antigone meets up with her sister Ismene to discuss her plans to break Creon’s law, kept popping into my head this summer. I imagined Antigone and Ismene meeting over Zoom—or more accurately, in some futuristic version of the internet. The image of that scene would not leave my head, and I knew I had to sit down and write the play. 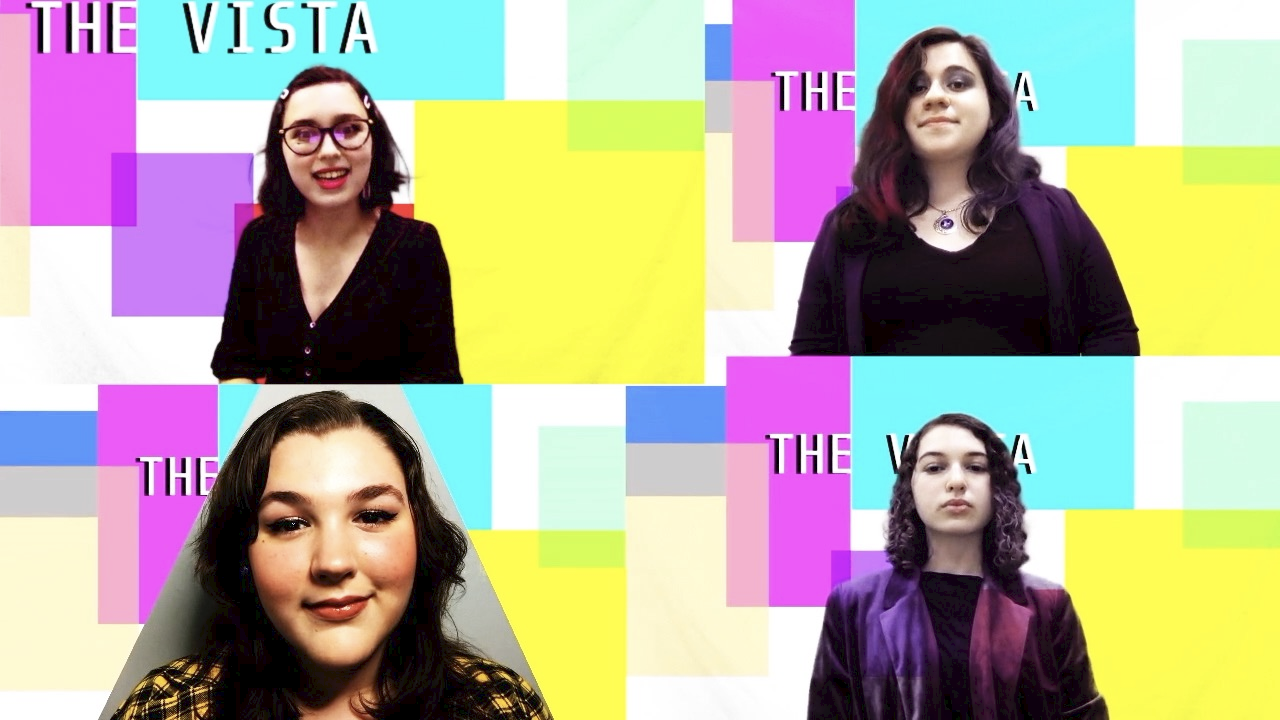 SP: How did you write for a format that was so new? Were your students a part of the writing process or were you researching the zoom format while writing?

NINA: While writing Antigone: 3021, I had to rethink how characters might interact differently online rather than in person. I had a Zoom reading of the play with a mix of professional actors, former students, and teachers when I was working on the play; my readers provided valuable feedback.

I realized early on in my process that I would need to rethink the Greek Chorus. Choral speaking is almost impossible over Zoom. That’s one of the reasons I turned the Greek Chorus into a talk show and the news media.

Last spring, I also curated my school’s annual Spring One-Act Festival, which is a celebration of student written and devised work. The festival ended up being virtual, and many of my students wrote “Zoom Plays” for the festival. I learned a lot by assisting them with their creative endeavors. 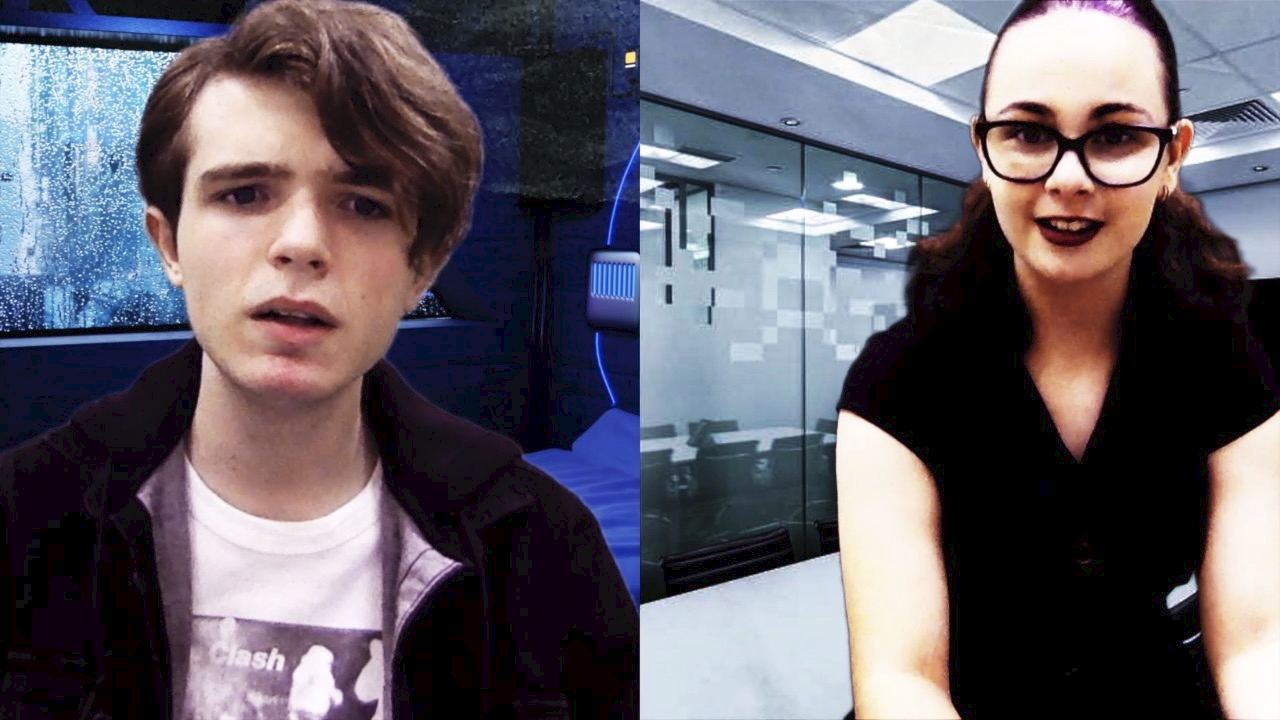 SP: Are there aspects of virtual performance that you found exciting and worth the trouble?

NINA: I feel like virtual performances aren’t quite theater, and they aren’t quite film. They are a new and interesting hybrid. Virtual performances can be very intimate and immediate. It’s like the actors are entering your home. We see their faces in close-up, something we don’t usually see with theater. It’s definitely a new artform that I think will remain with us even after the Pandemic. 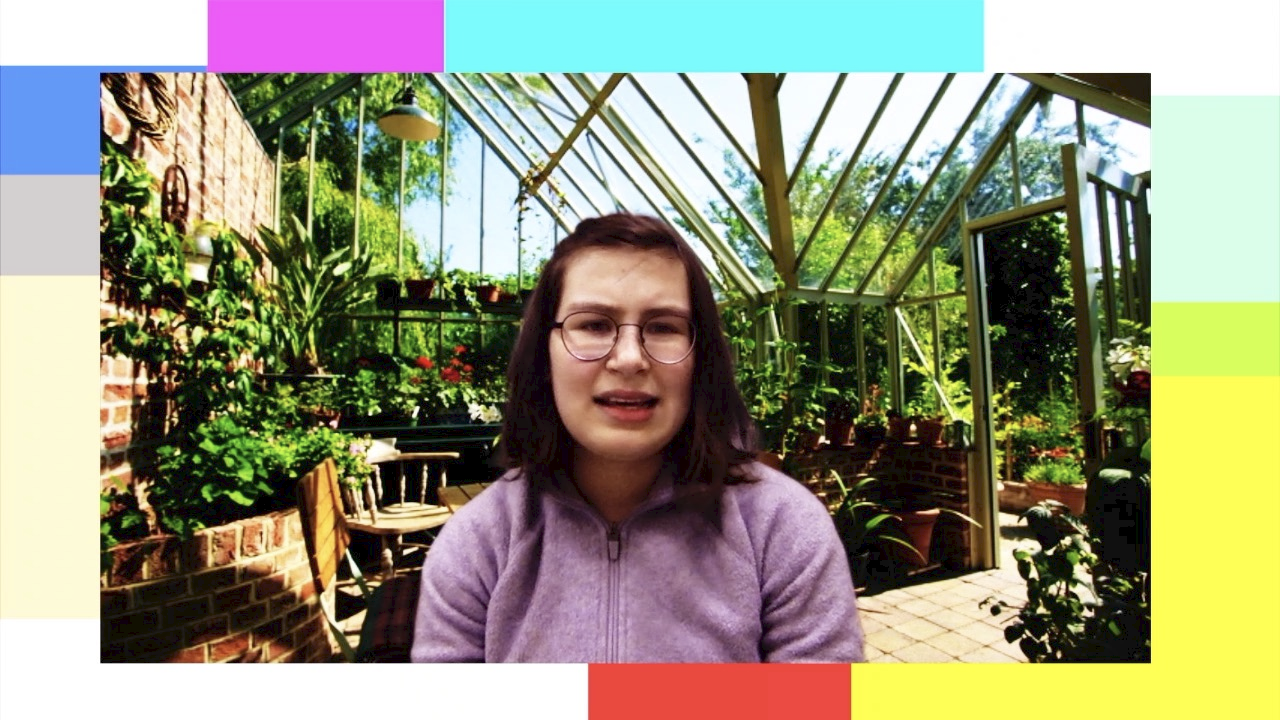 SP: Are you working on anything new? How has the pandemic and the state of the world affected how you devise your work?

NINA: I’m always working on several projects at the same time, but I will say the pandemic, and all the other turmoil in the United States, has been very distracting. It feels like any art I create today might not be relevant tomorrow. 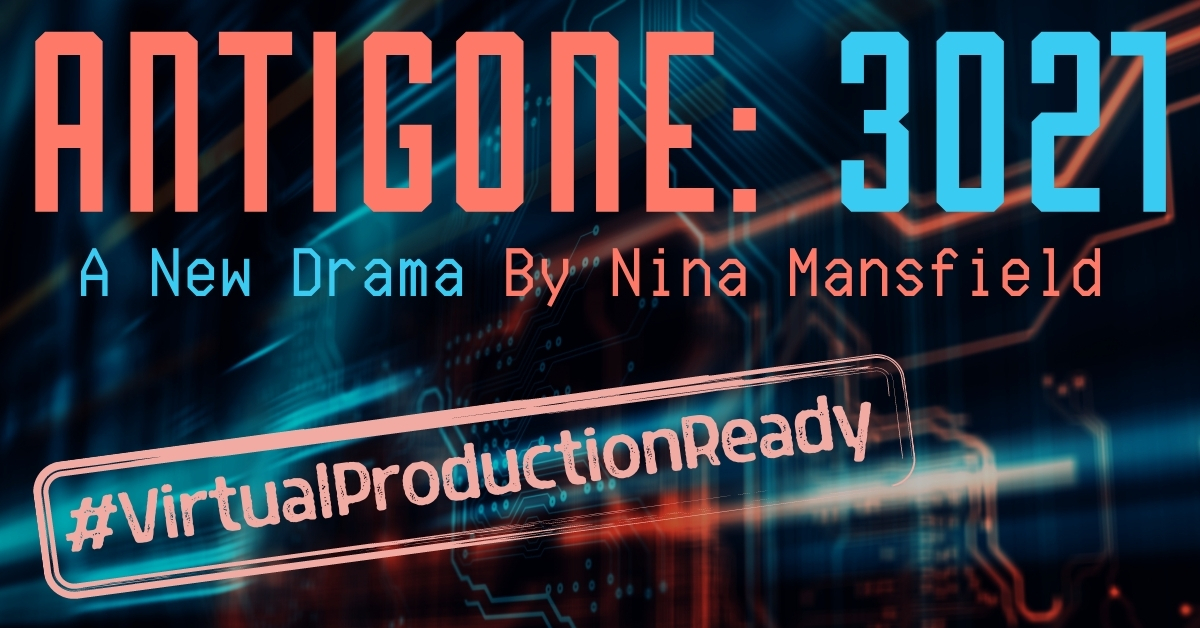 It's the year 3021 and Thebes has just been through a bloody civil war. Chancellor Creah has decreed that anyone who buries the body of the traitor Polyneices will face the death, but Antigone is determined to bury her brother, no matter the penalty. She brazenly break’s Creah’s law and broadcasts her crime on the public cloud. Now Creah must decide if she will bend to the will of the people or punish Antigone for her crime.

Antigone: 3021 is a virtual friendly, futuristic retelling of Sophocles’s tragedy Antigone where the Greek chorus has been transformed into a talk show/news program and the characters communicate via virtual projection.

Available as both a one-act and full length production. 14-29+ actors.

Read the play for free

Nina Mansfield ​is a Connecticut-based playwright, fiction writer, and educator. Nina's ten-minute and one-act plays have had over 100 productions throughout the United States and internationally. Her play Bite Me was a finalist for the 2013 Miami City Theatre's National Award for Short Playwriting and was produced as part of Summer Shorts 2013. Her full-length play Losing our Heads: The Guillotine Play was a semi-finalist for the Eugene O'Neill Theater Center's National Playwrights Conference.