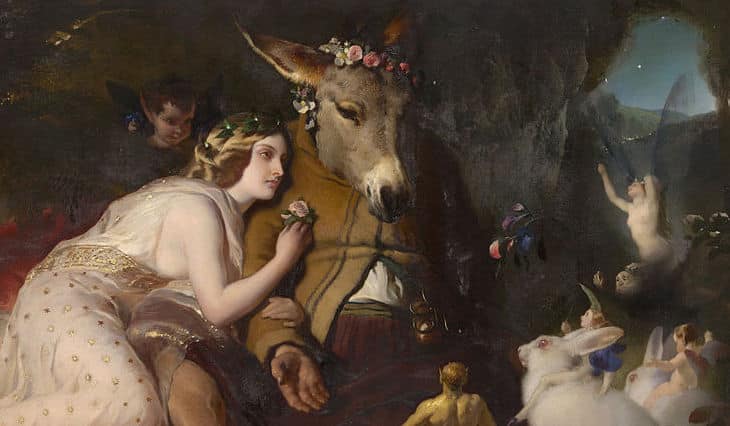 Stage Partners commissioned renown director and playwright Jon Jory to create contemporary, plainspoken versions of some of Shakespeare's best-known works. We call the series Shakespeare, Clearly. These straightforward adaptations mix contemporary and classical language that emphasizes story and character rather than the poetry.  Jon Jory has reimagined the classic tales to serve as an early introduction for younger audiences and actors that allows easy involvement. Inventive yet faithful, these adaptations will inspire actors and audiences alike to revisit Shakespeare’s original texts.  Our Education Director Maria McConville dives in.

There are plenty of reasons we’ve been producing, performing, and teaching Shakespeare for hundreds of years. The characters are relatable, the circumstances stand the test of time, and everyone loves a good soap opera. 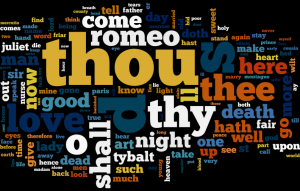 But that old text! That THEE, THOU, THUS stuff tends to turn the Shakespeare newbie off. If you don’t understand what you’re reading at first glance, it can be difficult to engage and connect to the text. Perhaps, even, you may be turned off from the Bard for good.

Many of us devotees have tricks up our sleeves for engaging young performers and hooking them on Will Shakes. We all remember the performance, actor, teacher, or character that captivated and converted us.

Jon Jory is one of those people. A prolific theatre maker, Jory has given us a new device to engage our young students with the characters of Shakespeare and easily connect with them. He calls it ‘Plainspoken’ Shakespeare. He adapted the language to fit the modern reader. 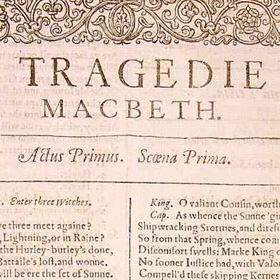 Have the students read the text as it is. I thought the same thing.

And then I read what he wrote. It is Jon Jory, afterall.

These ‘plainspoken’ texts do not talk down to the reader. The language is still theatrical, poetic, and honors the original dialogue.

These easily digestible adaptations of some of The Bard of Avon’s most famous plays truly will allow the reader a positive first experience with the play. Most importantly, they’re play-able. They’re meant for the stage.

When you look at the breadth of experience Jon Jory has directing and working on Shakespeare—he directed Romeo and Juliet three times alone—it’s no wonder he’s able to capture the essence and intention so clearly and succinctly. The one-acts are trimmed with surgeon-like precision and get right to the heart of the tale. The full-lengths are energetic and are evidence of Jory’s intimate experience with each play.

We hope young artists and students fall in love with the characters and desire to dive into the original text. If you decide to perform these adaptations, audiences young and old will no doubt connect to Shakespeare in a new, and enjoyable way.

This opportunity to collaborate with Jon Jory, a tremendous innovator of the American theatre, is so very exciting. We hope the adaptations from the Shakespeare, Clearly series bring excitement and verve into your theater class and play rehearsal room.

The following is an early offering of plays adapted by Jon Jory that are perfect for student actors in high school theater programs and middle school drama. More to follow! Read every play for free in its entirety at the Shakespeare, Clearly series homepage. 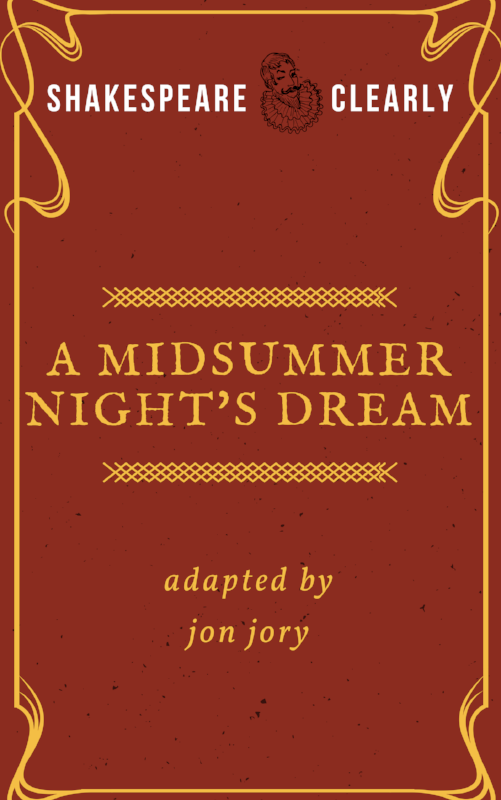 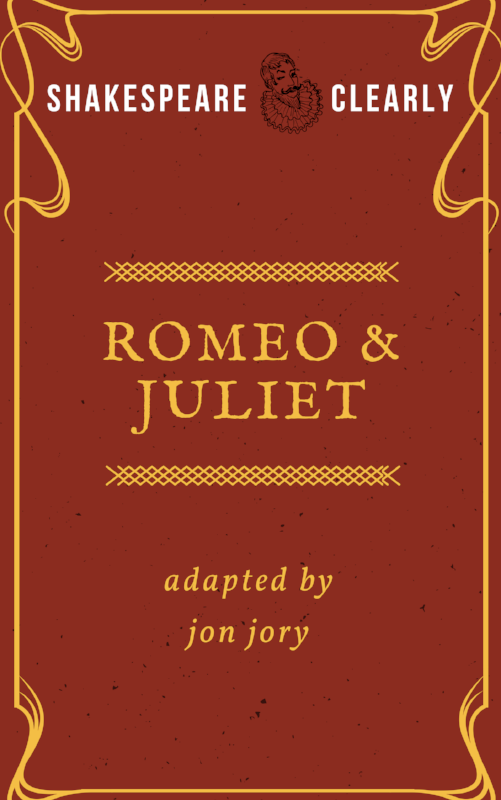 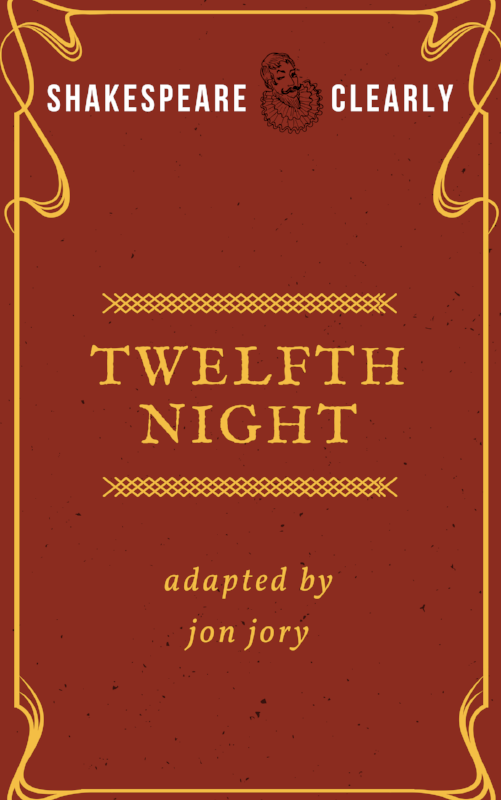 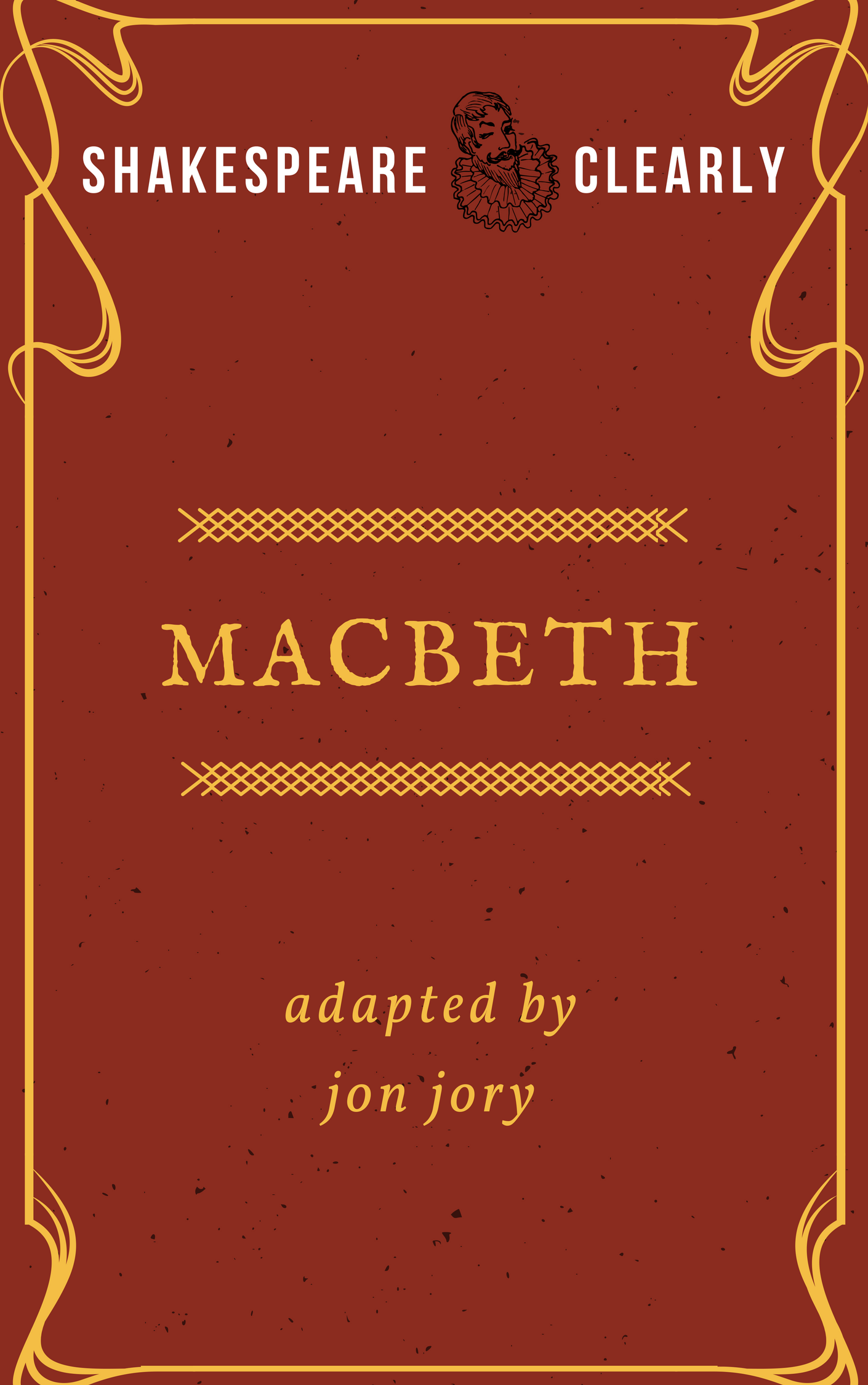 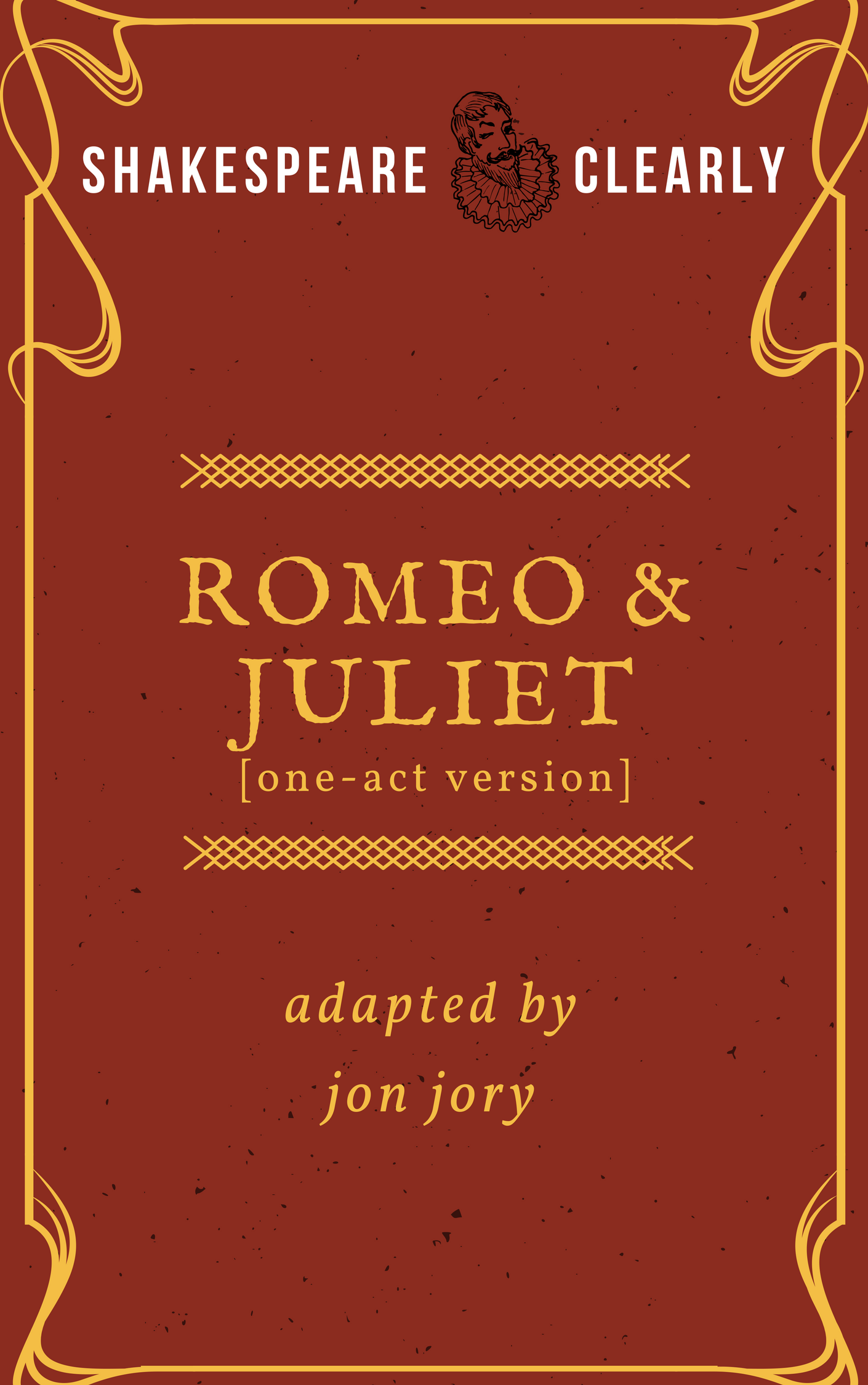 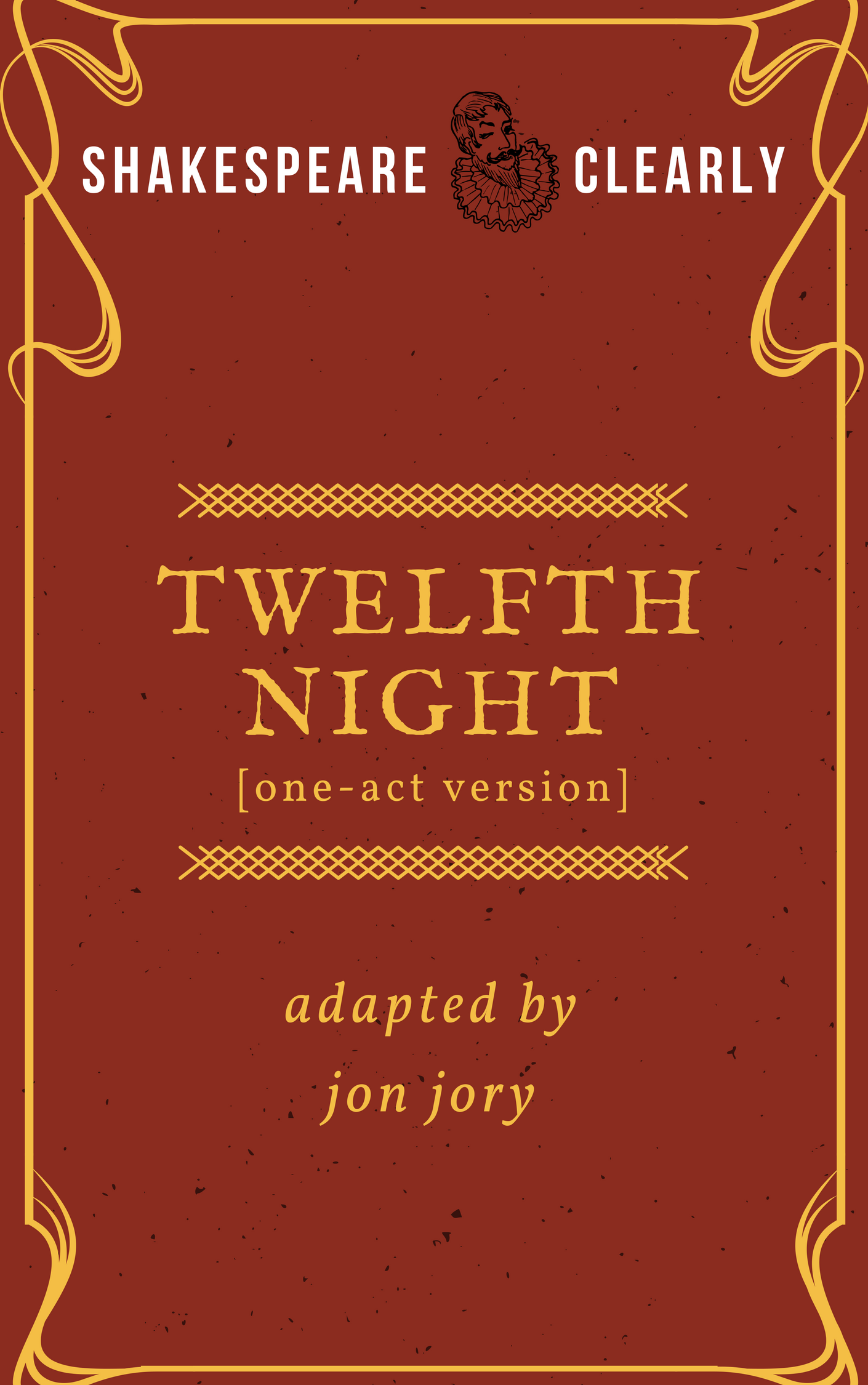 Free Lesson Plan: Understanding the World of the Play by Maria McConville

Before diving into the text of the play itself, here is a lesson that can kick-start your students’ engagement.

This lesson can be used for introducing a class or a cast to any play, really. I have used these particular exercises when teaching Shakespeare and I think they will be especially helpful when introducing the Shakespeare, Clearly adaptations by Jon Jory. Before sitting down to read, the student engages with the story in kinesthetic, visual, and auditory ways. Download FREE lesson here.

As the Producing Director at Actors Theatre of Louisville, Jon Jory directed over 125 plays and produced over 1,000 during his 32-year tenure. He conceived the internationally lauded Humana Festival of New American Plays, the SHORTS Festival, and the Brown-Forman Classics-in-Context Festival. He was also the Artistic Founding Director of Long Wharf Theatre in New Haven, Connecticut, and he has been inducted in New York’s Theatre Hall of Fame. 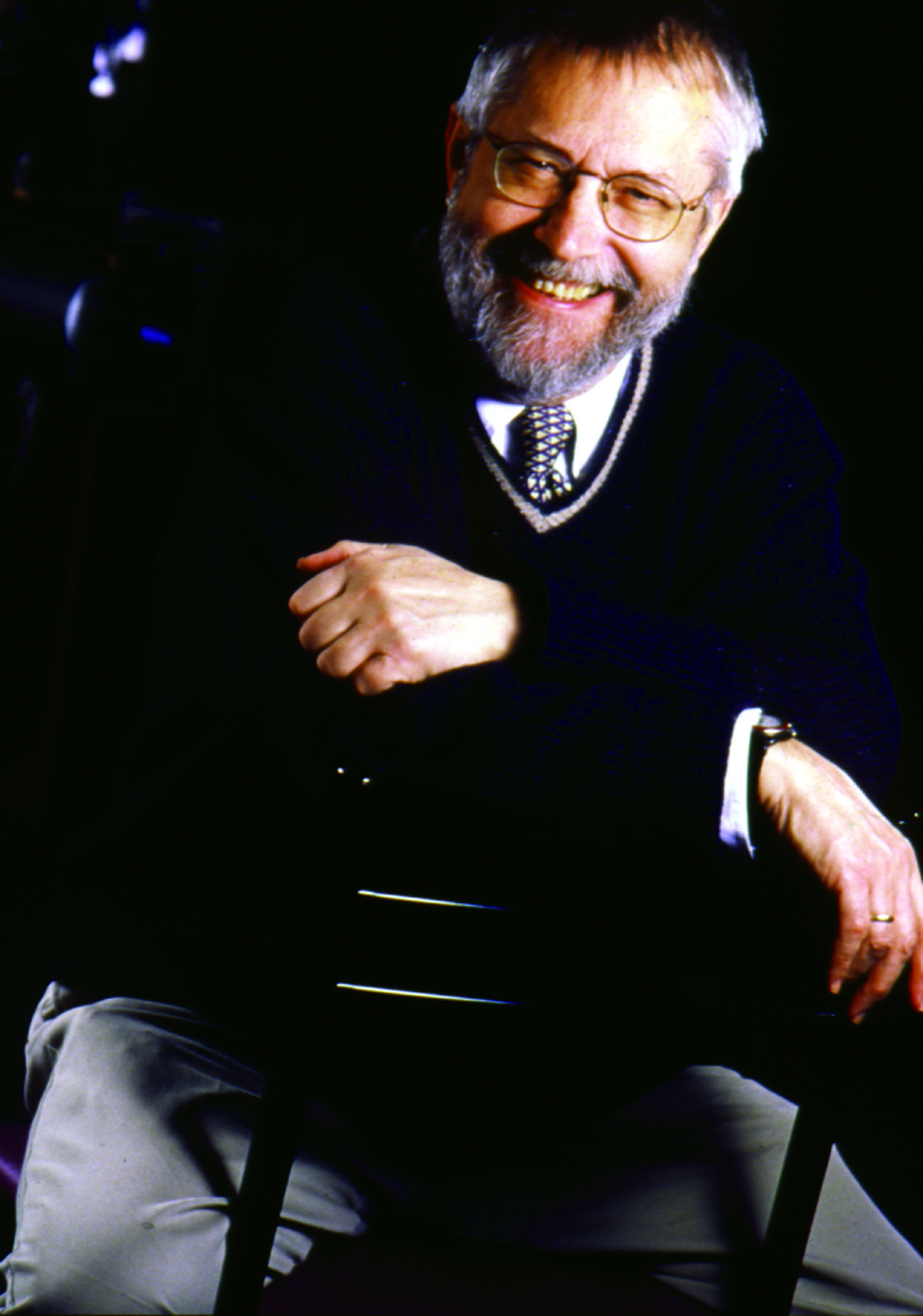 Mr. Jory has directed professionally in nine nations, and in the United States has directed productions at many regional theatres including Washington’s Arena Stage, San Francisco’s American Conservatory Theatre, Hartford Stage, the McCarter in Princeton, Guthrie Theatre, and the Oregon Shakespeare Festival. He has received the National Theatre Conference Award and ATA Distinguished Career Award. For his commitment to new plays, he has received the Margo Jones Award twice, the Shubert Foundation’s James N. Vaughan Memorial Award for Exceptional Achievement and Contribution to the Development of Professional Theatre, Carnegie Mellon’s Commitment to Playwriting Award, and the Special Tony Award for Achievement in Regional Theatre. He currently teaches acting and directing at UCLA.