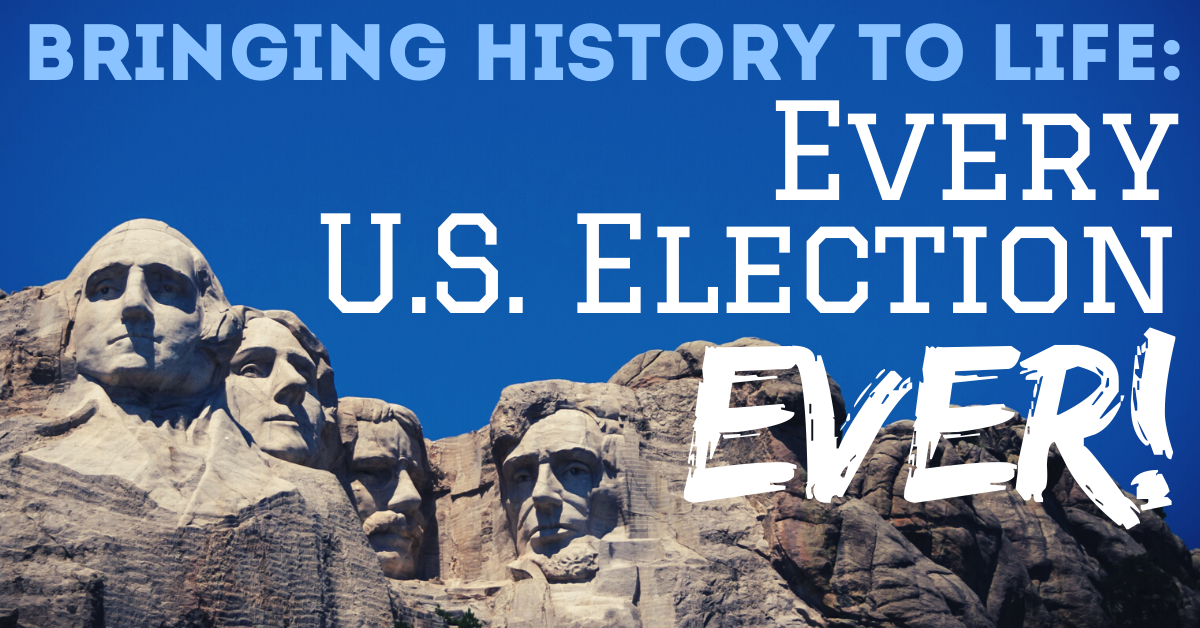 It's election season once again, so we thought we would catch up with playwright Ian McWethy and talk to him about his hilarious play EVERY U.S. ELECTION EVER!

Since the 2020 election might be on your students minds— and on yours— this play offers a positive and laugh-out-loud way to get them thinking about America's democratic process (and maybe even helping them get excited about their history homework while you're at it!).

An Interview with Playwright Ian McWethy:

STAGE PARTNERS: Hi, Ian! What I really want to know is will you be updating this script after the 2020 Presidential Election?

IAN MCWETHY: I could do that, couldn’t I? There is enough content for a play JUST about this election. Maybe I could do that…either way, I’ll let you guys know.

SP: Why did you create a piece like this, that has all of the elections? There is also your play EVERY NOVEL YOU READ IN HIGH SCHOOL.

IAN: I wrote this in 2015, during the Trump/Clinton election. I've always been fascinated by campaigns, I loved reading the tell all books after an election to see how the sausage was made. And the 2015/16 election seemed like the most disheartening, surreal, and strange I had ever seen. So in some ways it was therapeutic to look to the past and realize that "elections have always been contentious, mean, and sometimes disheartening." US history tends to look at events through an inevitable, always progressing, happy-ending-ish lens, when in reality it's full of messy, complicated characters who don't always make the choices.

However, it also made me realize that we were in new territory. We had never had a candidate, let alone a president, with absolutely no governing experience before. Whether you think this has been a good thing or a terrible thing is probably based one what news you read and Facebook memes you like. But it's definitely unprecedented.

So my hope is that this play makes audiences and cast members re-think and explore the history of elections in this country, particularly leading up to this one which I truly believe is maybe the most important one we've ever had.

SP: Have you noticed theater tends to have a lot of female identifying participants. Why write a play with so many male characters? The Presidents have all been… men.

IAN: Yes. These are, technically, all old men. But! I say this in my author notes in the script, I DEMAND you cast every president without regard to their race, gender or age. I don’t demand many things with my scripts. But this one is a DEMAND.

SP: What do you think about doing this play on a Virtual platform?

IAN: If there is anything we have seen from theater teachers through all of this, it’s how creative and resourceful they are. Hoping teachers and students check out this play, I want them to have fun and be creative. I’m looking forward to seeing what they devise in this new virtual medium! 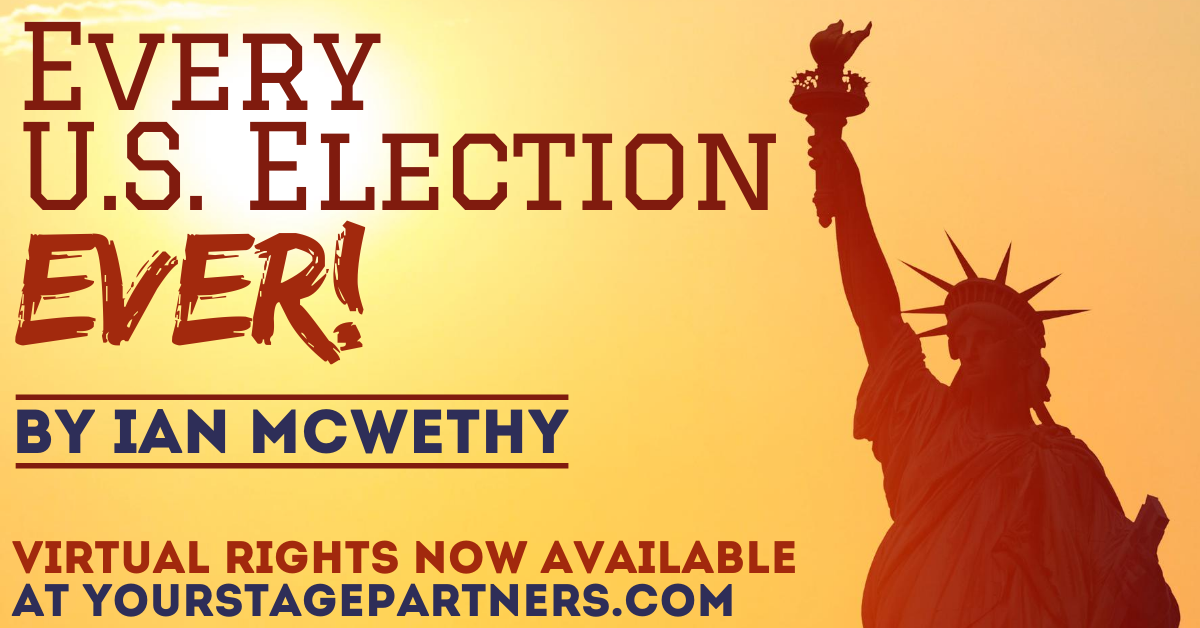 Every U.S. Election Ever!
By Ian McWethy

Presidential elections got ya down? Feel like they used to be respectful and dignified and not such a mess? Well you're wrong! In this madcap play you'll get to see every presidential election this country has ever had with all the dirty tricks, low blows, and unqualified candidates the U.S. is known for! With songs, parodies, and a dancing Richard Nixon! A comedy that proves politics can be educational and entertaining!

Read the play for free

Ian McWethy’s ​(15 Minutes of YouTube Fame, Every Novel You Read in High School (in 25 Minutes or Less)) plays include Moral Values..., Actors are Stupid, Bad Auditions by Bad Actors, and 12 Incompetent Men (And Women!). Fifteen of his one-act plays have been published and have been performed in all fifty states as well as Canada, Australia, the United Arab Emirates, England, Cambodia, Philippines, Azerbaijan, South Korea, Pakistan, the Marshall Islands, Qatar, Portugal, Brazil, Italy and Saudia Arabia. He's also written several screenplays, sitcom pilots, short films, and a webseries. He's happily married to Carrie McCrossen and splits his time between California and New York. Mr. McWethy is represented by Kersey Management and Bricken Entertainment.