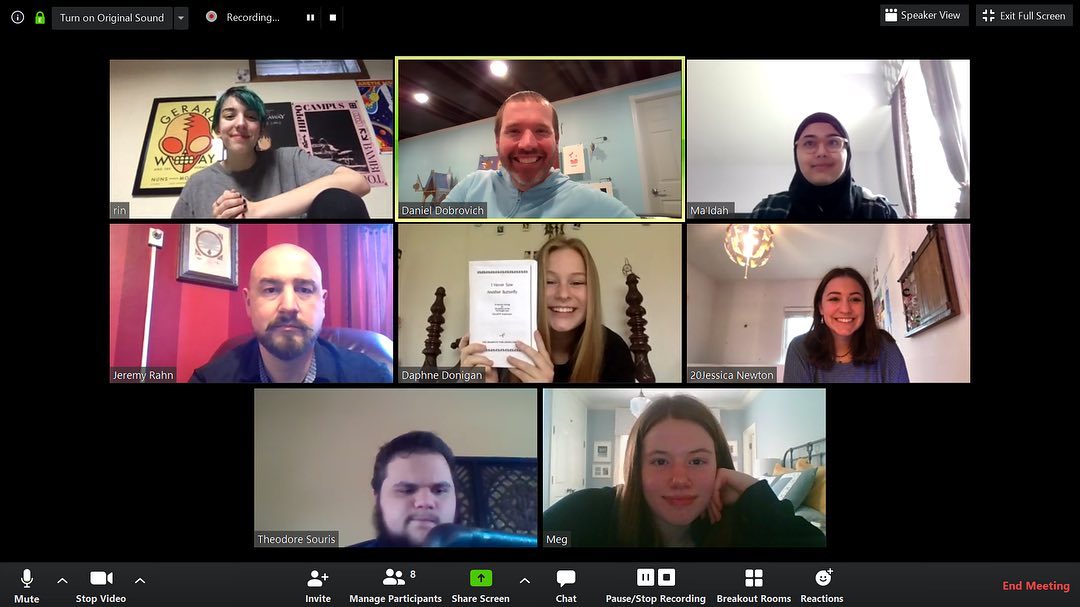 May 2020 was supposed to be the student produced production of selected one-acts. When schools closed to shelter-in-place, Dobrovich didn’t cancel productions of ANTIGONE IN MUNICH by Claudia Haas and I NEVER SAW ANOTHER BUTTERFLY by Celeste Raspanti. Like so many devoted and creative Theatre Teachers, “Mr. D” found a new way to do the Cranbrook School Spring Play.

Here is how he did it.

During any other regular in-person April at Cranbrook Schools, the CK Theatre students gear up to take over the PAC to put together a completely student-produced production of select One Act scripts. The production is fully designed, auditioned, cast, and built by students with minimal oversight from me and the adult production team.

This year, we, like tens of thousands of schools from across the country, faced a challenge when our school year was cancelled. What do we do about the spring show? A lot of talk in the Theatre Teacher Facebook pages centered around Radio Plays. This is a great format, but I felt like it was missing something big.

While the answer to those questions may be easy to some people who have done Radio Plays before (sound/foley), I wasn’t comfortable with only a tiny slice of our large crew being represented. So we have created what we are calling a Visual Radio Play with the scripts we have already licensed and on the same dates and times that we already had scheduled for this production. With the help, encouragement, and most importantly, permission, from Dramatic Publishing and Stage Partners, we are currently in the midst of building a production of I Never Saw Another Butterfly by Celeste Raspanti and Antigone in Munich by Claudia Hass to be live-streamed on May 8th and 9th. (Scroll down for details!)

Here’s how we have developed this concept. 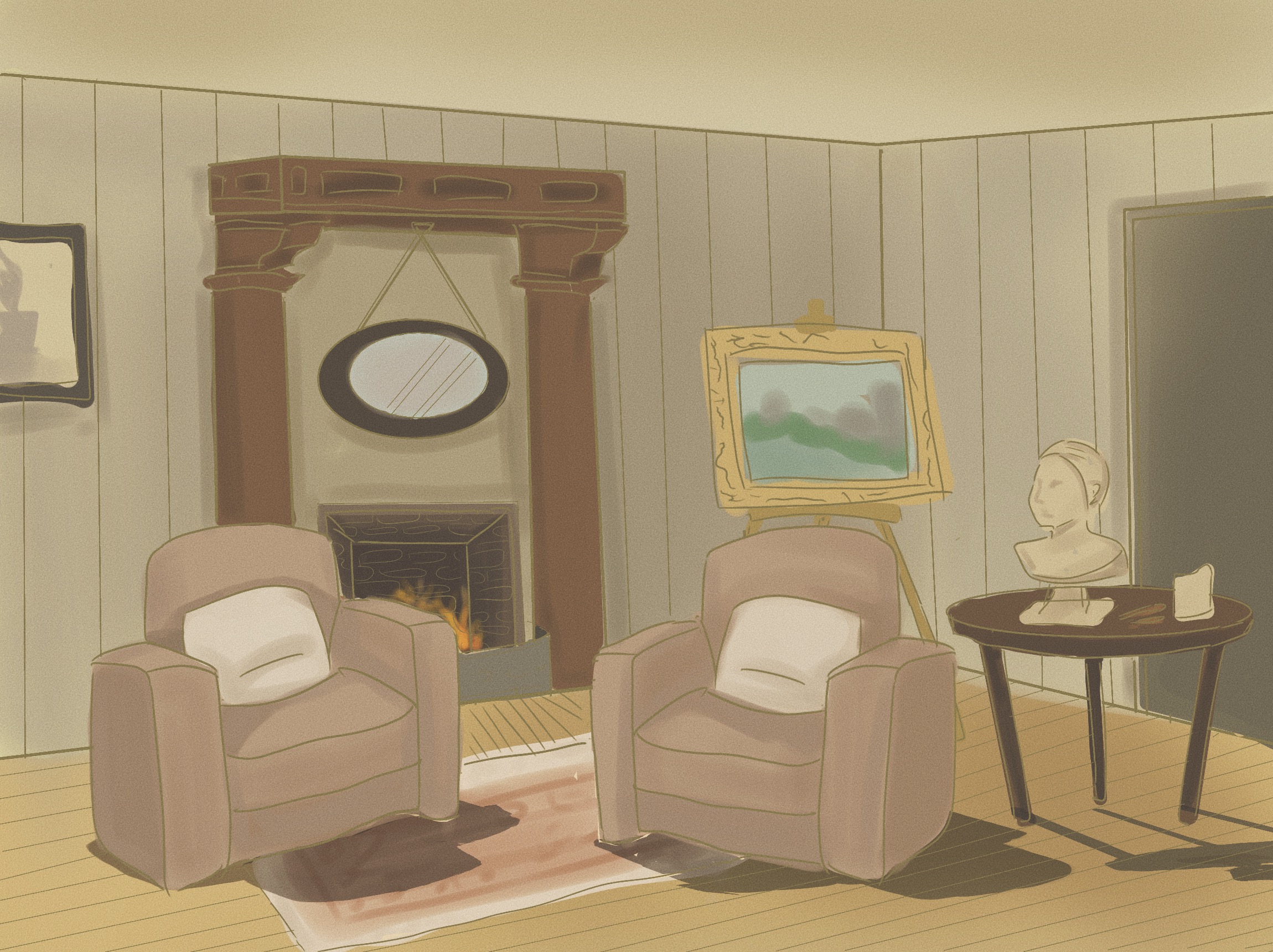 First thing's first: We need to choose Directors and Stage Managers. We used Microsoft Forms (you can also use Google Forms) for students to apply for the position. This group has since held regular planning meetings on Zoom.

Our audition process was also through Microsoft Forms (again, you could also do this on Google Forms as well). At the bottom of the form, we asked for a file upload. This file upload was their pre-recorded audition using monologues from the script. 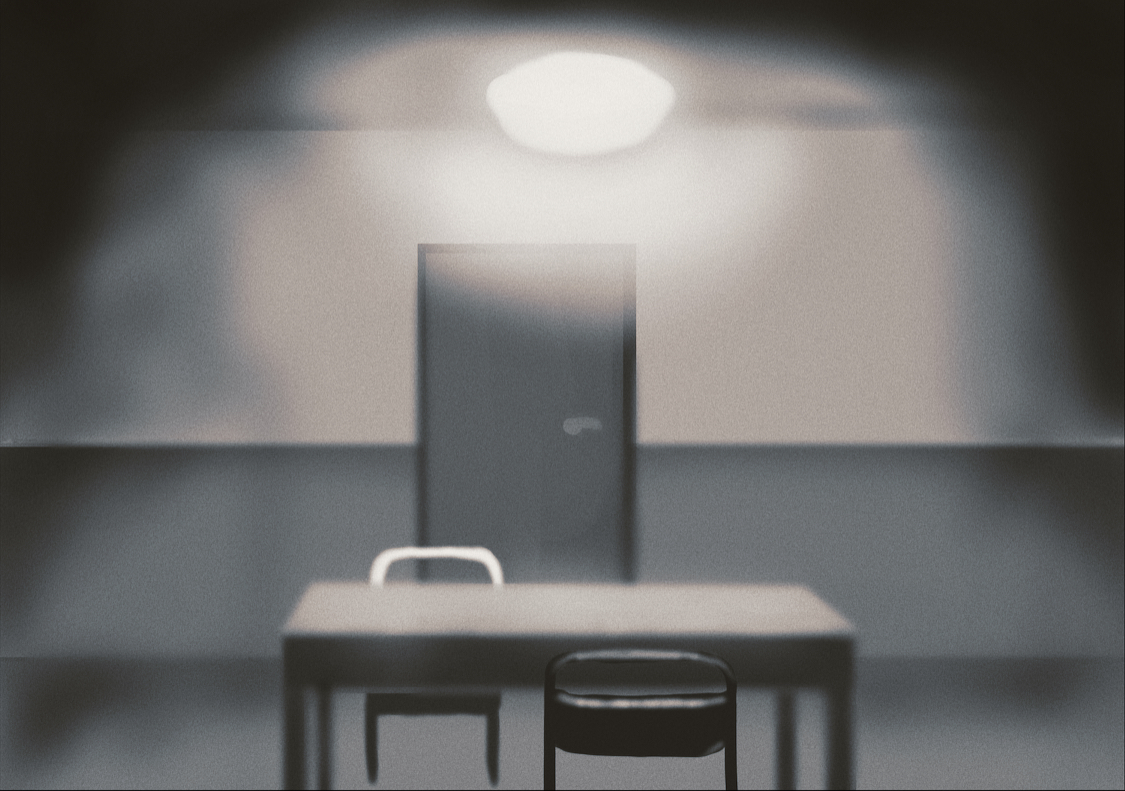 These went swimmingly on Zoom. I hosted the room and made sure everyone was muted upon entering the meeting and users could not un-mute themselves.

To mirror a closed audition process, I used the Breakout Room feature on Zoom to take the Directors and the actors who were called back for that specific scene into a different virtual space to do their reading.

The rest of the actors who were called back were left in the main room, muted, to wait for their time to be called.

This was also on Zoom, and after adjusting a few settings it went just as well as callbacks.

A neat feature on Zoom to be able to only see the person or people speaking on all screens in the meeting is the “Hide non-video participants” setting. Everyone in the meeting must select this option in video settings. After having done so, anyone in the meeting who turns off their video, disappears from everyone’s screen.

We used this feature to make sure only the actors in that specific scene were on everyone’s screen. To leave or join the screen, all the actor had to do on their end, is turn on or off their video in the Zoom meeting.

On the creative side, we built a Microsoft Form to gain specific intelligence of our student crew’s current artistic and design abilities, and their willingness to help in certain departments.

We created five different creative departments that crew students could sign up to be a part of: Scenic Design, Costume Design, Projection Design, Sound Design, and Digital Marketing Design. Our hub of creation is our Microsoft Teams page. Each crew member and director are on that page and we have specifically labeled file folders for the student to upload their files to. You could also use Google Classroom or Google Drive to easily achieve this collaboration.

Step 6: Putting It All Together

Our first stream date is scheduled for Friday, May 8th. In order to give enough editing time, all files from students are due on our Teams page by midnight Friday, May 1st. The Technical Director and I will use Adobe Premier to edit together these films to be shown the following week (iMovie is a great free alternative). The choice of one week editing time will give us a little bit of cushion in case anything has to be redrawn or a voice over has to be re-recorded.

Up to this point, the students have been incredibly receptive to the idea and are putting in a lot of extra effort and time on their end to make sure this will be a product that they are proud of. CK Theatre puts a ton of effort into focusing on and enjoying the process. Although this process is entirely different than any other we have done before, I am seeing tremendous focus and enjoyment of it in order to create a beautifully moving end product. Together.

Both ANTIGONE IN MUNICH and I NEVER SAW ANOTHER BUTTERFLY are streaming on YouTube during their original performance dates and times. 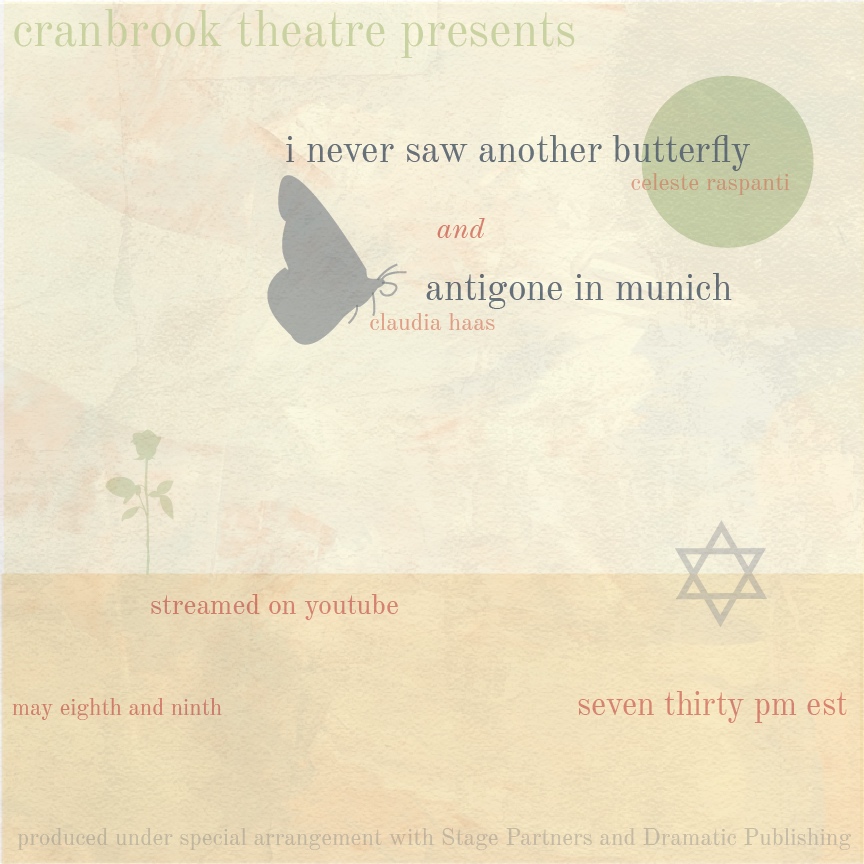 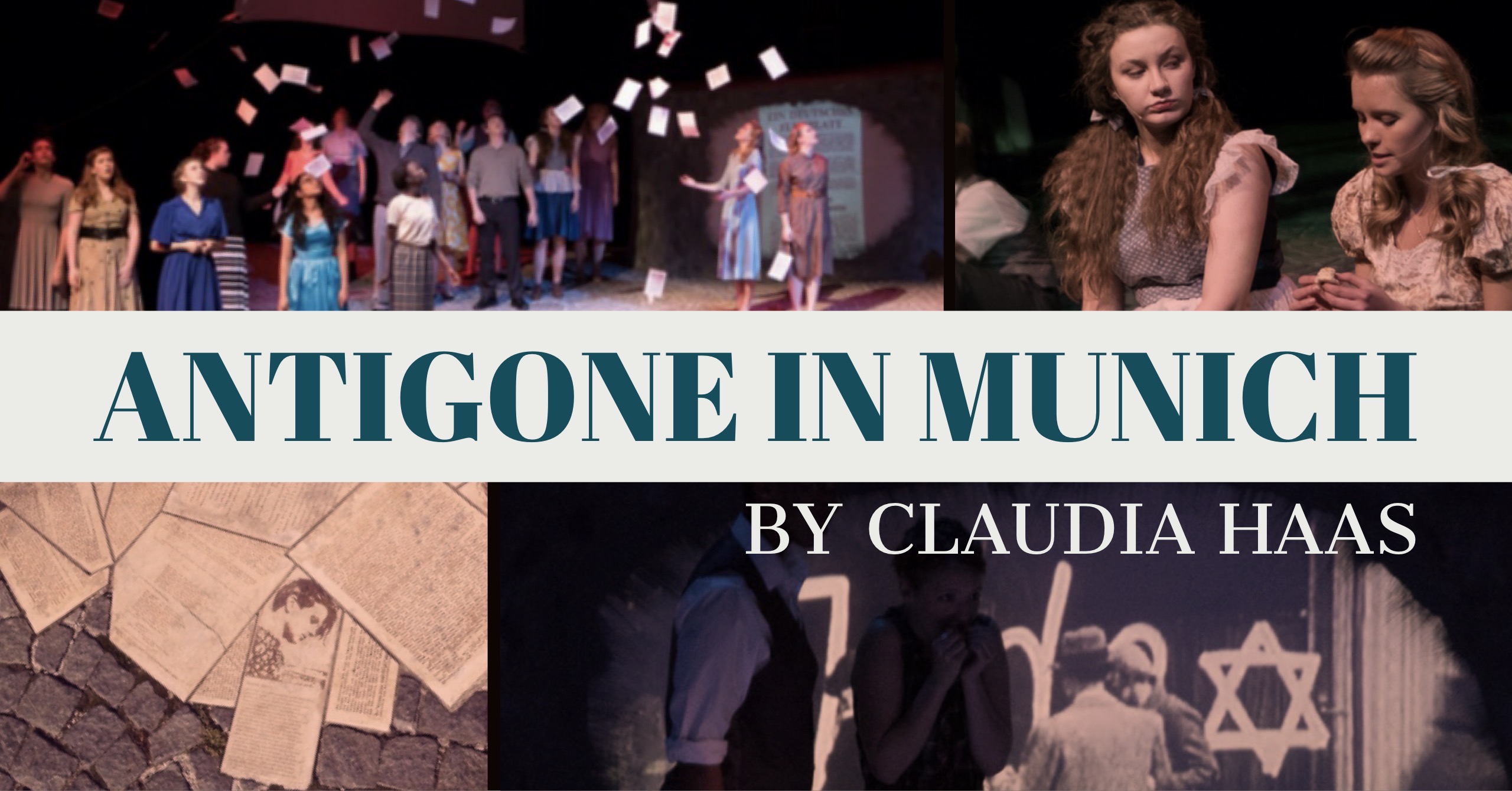 About the Play: Antigone in Munich

Antigone in Munich: The Sophie Scholl Story
By Claudia Haas

Sophie Scholl was a member of the White Rose Society in Nazi Germany which encouraged passive resistance against the totalitarian government. Antigone in Munich chronicles her coming of age and development from bystander to witness to activist— inspired by Sophocles' Greek tragedy Antigone which asks “What do you do when the laws of man contradict the laws of God?

A full-length and one-act version are both available exclusively at Stage Partners.