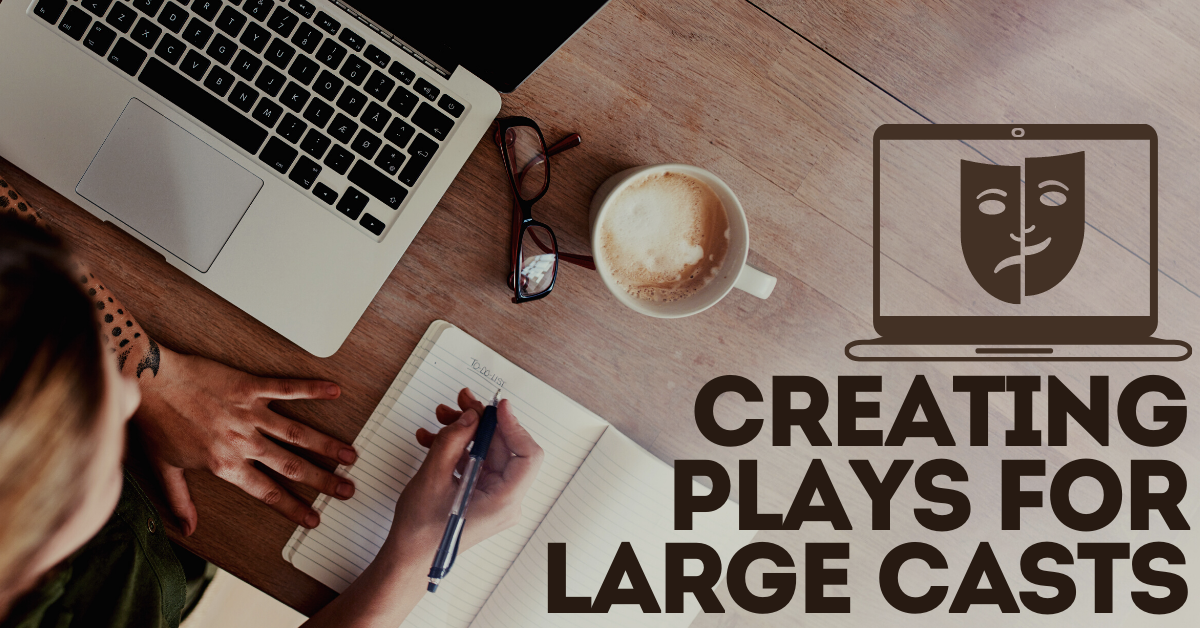 We asked playwright and Drama teacher, Alan Haehnel, what he looks for in a production of one of his scripts. His new play MARGARET CRADEMEIR’S CATALOGUE OF MINOR YET HELPFUL UNCANNY ABILITIES is a female driven, large cast play that will be an exciting ride for an ensemble of adventurous young thespians. Find inspiration from the playwright himself as you dive in to this one-act comedy.

I’ve been trying to think of an analogy for my role as playwright. I’ve come up with three: Handing you my script is like giving you an uncolored coloring page, like presenting you with song lyric, like showing you the sketch of a house. You need to provide the color, the music, the actual home for people to live in. Sure, the script represents my story concept and the dialogue for the characters, but those elements are just starting points. The decisions of the other theatrical artists--starting with the director, branching out to the designers and the actors--are what actually create the play.  A script is not a play. To wax analogous once more, the script is Frankenstein’s monster, inert, before the life-giving spark. Whether the animated creature lurches or dances, mumbles or sings, caresses or kills--those decisions are up to you. My script combined with your decisions create the play.

Stage Partners has generously chosen to represent a new script of mine called “Margaret Cradmeier’s Catalogue of Minor Yet Useful Uncanny Abilities.”  As the title suggests, I give you the character of Margaret Cradmeier, Maggie, whose main goal is to convince the audience that we don’t need to celebrate superheroes and magicians so much as we do the ordinary people in life who help us along with their “myhuas” (minor yet helpful uncanny abilities). The play is a large-cast, one-act comedy. I have not produced this play myself, nor have I seen a production of it. If I were to go see the play, my only expectation would be to see a large-cast, one act comedy. How you bring this particular beast to life would make this script a play.

When writing a script, I have to be able to visualize it in my mind’s eye and hear it in my mind’s ear. I have my version of Maggie, of Allen, of the ensemble members, of the sadistic history teacher Mr. Cardona, of the evil children Becky and Bobby, of the numerous other characters who populate this story. But how I see and hear these characters doesn’t matter. I had a set in my head as I wrote the play; I describe it simply as “various-sized blocks, big enough for an ensemble of 15 to hide behind.” But my idea of the set doesn’t matter. My concepts and perceptions I put in place just so I could get the script written. To get the play created, your choices are the ones that matter. Hundreds of decisions lie before the theatre artists who choose to turn this script into a play: the colors, the shapes, the interpretations of lines, the genders of the characters, the relationships they have with one another, even the theme. On and on it goes!

I’ve had my say by writing the script, and I want you to have yours when you turn it into a play. If our two opinions don’t match, I’m fine with that. What I’m not fine with is a production that doesn’t make bold choices, that doesn’t interpret the script but merely presents it, as if memorization and some basic blocking are the only things needed to turn a script into a play. For instance, perhaps you find Maggie too unsympathetic as a character; you fear the audience’s ability to enjoy the play will be hampered if they don’t like Maggie more. So, you decide to have Maggie, through non-verbal cues or through the delivery of her lines, show kindness or perhaps recognize her harsh tendencies. Great! You don’t need to come to me as the playwright and ask if this is the “right” thing to do. When you’re in the midst of putting together a production, the play is yours more than it is mine. You determine the rightness.

And when the play is done, perhaps we can sit, as fellow artists, and discuss the various choices you made and visions you saw. That, for me, would be a wonderful reward for my efforts. 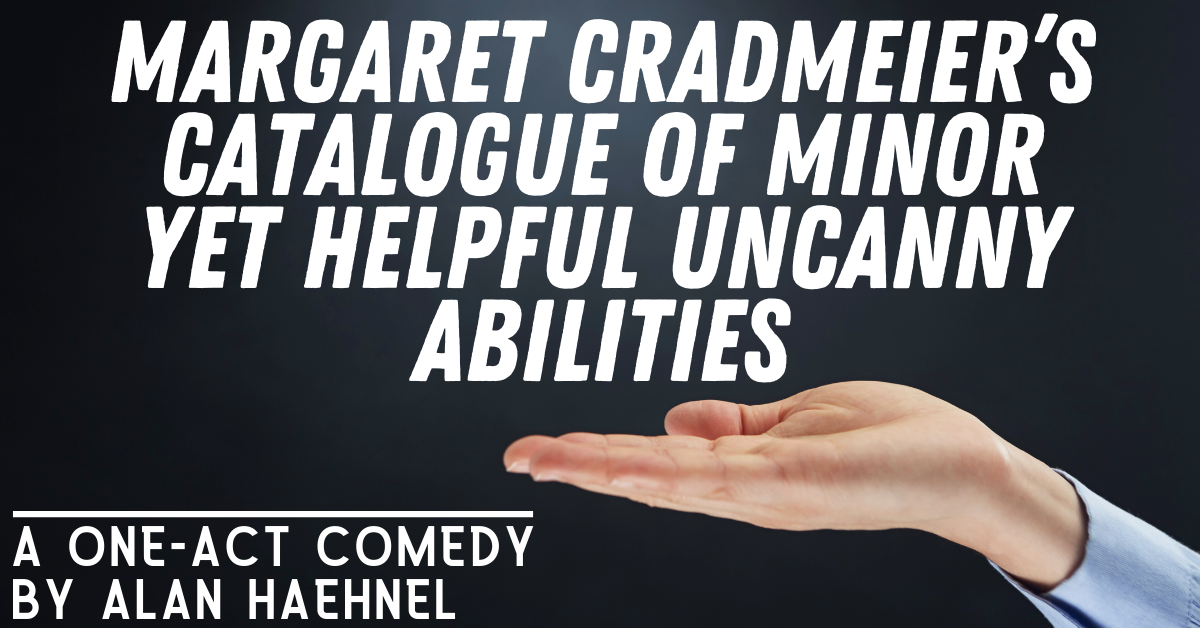 Margaret Cradmeier may not be the easiest person to get along with, but her message about people is ultimately hopeful: We do not need superheroes or magicians to accomplish the important tasks in life; we need people with “myhuas”— minor yet helpful uncanny abilities. With her limited supply of patience and barely-contained temper, Maggie attempts to work with her Ensemble to explain myhuas. The task would be impossible, though, if not for Maggie’s stalwart supporter, Allen, an Ensemble member who works tirelessly to keep the show on track. Fortunately for the audience, Allen believes Maggie’s intentions are more important than her faults.