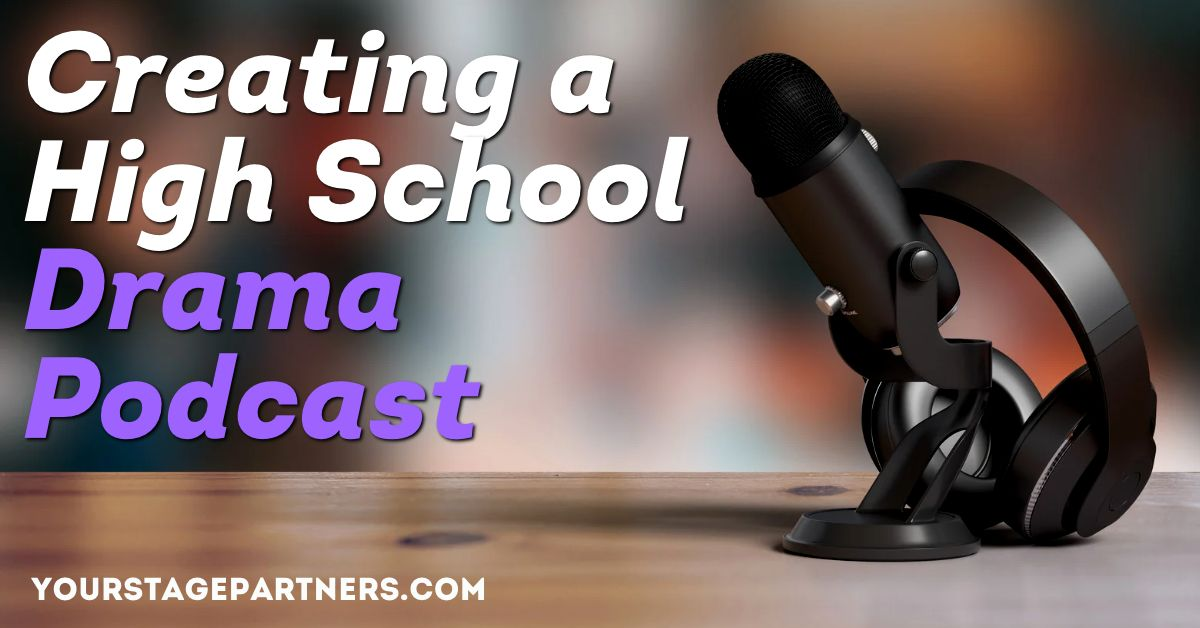 When theater teacher Joel Brown reached out to Stage Partners and presented the idea of creating an Episodic Podcast with Del Martin’s In the Forests of the Night, we knew we had to figure out how to make it happen. Joel, his colleagues, and his devoted students set out on an impressive endeavor for their high school spring play. Joel has generously shared his process here. Maybe your next production is a podcast!

Unlike many creative theater efforts in the last few years, this was not motivated by the pandemic. I like to listen to drama podcasts, and my colleague Teresa has long wanted to produce a stage version of a radio play. We discussed how a podcast drama would be a new, practical acting exercise, giving our cast an opportunity to focus on plot, character and vocal acting, without the added burdens of memorization, blocking, props, costumes - all of which are important, but sometimes take precious time away from being able to work with our actors on their characters’ motivations, inner dialogues and how those can be reflected in their acting choices.

Another advantage we saw was the ability to fit another show into our season without it being a large time commitment for our students. For our first podcast, we decided to rehearse and produce it in only three days over the President’s Day weekend, thus avoiding scheduling conflicts with our spring musical, which was already in production.

In a matter of three months, our high school’s drama club advisor and I put together the Madison Thespians Podcast Project. 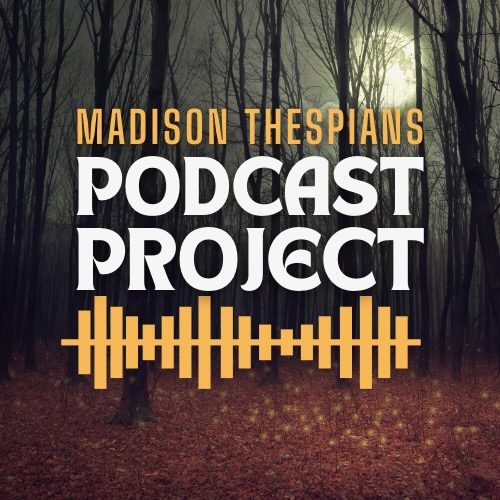 This compressed schedule was in itself ample reason to look for an existing script, rather than try to have students write their own. I emailed Don Zolidis, one of my favorite playwrights for high school shows, and asked his thoughts and advice on where to look for rights. He recommended several publishers, one of which was Stage Partners. Since many of our students had expressed interest in the suspense/horror genre, that led me to In the Forests of the Night by Del Martin.

I immediately realized it could be adapted to audio with very few changes, and contacted Stage Partners with our idea. Jason Pizzarello responded quickly and enthusiastically to the concept, and within days had approval from Del Martin for both the podcasting rights and my adaptations. He offered a licensing package that included a monthly royalty for having the podcast online, so we settled on a three month podcasting license. This was in addition to one performance royalty for the live recording session in front of the audience, as well as the script fee and an archive fee, allowing us to give the recordings to the cast and crew. 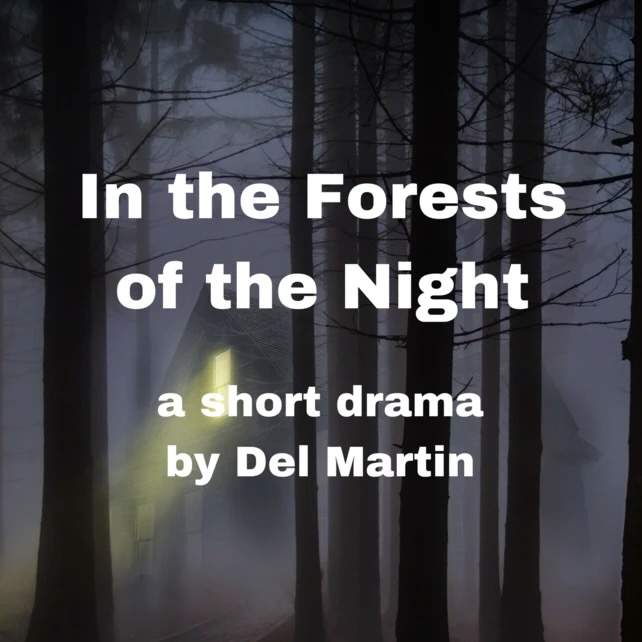 The stage directions were written in a narrative style that let me turn them into narration with very few changes. After reading over my first round of changes, I realized that not all entrances and exits had to be narrated; many were obvious from the dialogue, or suggested by the sound effects. With permission from the playwright, I divided the script into three podcast episodes, each 12 to 15 minutes long.

Since this was to be a purely audio production, I wanted to only hear the actors’ auditions. They used vocaroo.com to record their auditions, and submitted the links in Google Classroom. I gave them an audition packet with some general tips for their auditions (in particular, don’t talk too fast) along with step-by-step instructions on how to record and submit their auditions. The students took the tips to heart; I was surprised and impressed with the quality of the audition readings. I also think many students were more comfortable having several weeks to record (and re-record) their auditions in private, reducing the stress of an in-person, one shot audition. 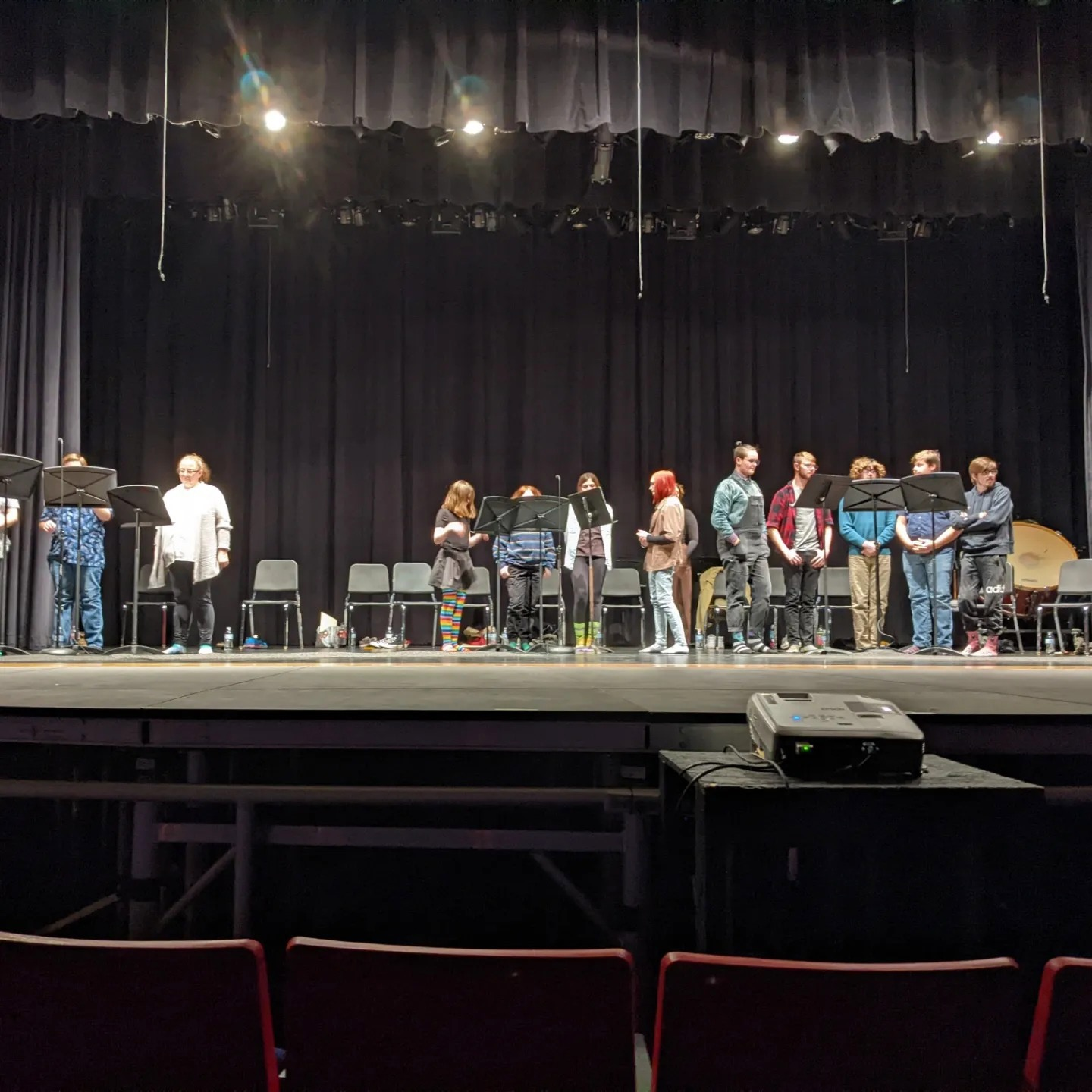 The website thepodcasthost.com was invaluable for reviews and many other how-to articles. I settled on Acast.com. They offer free podcast hosting, but more importantly, we could leave our podcast up indefinitely; the feed will not go away after a certain amount of inactivity. Though there was a learning curve, it was relatively easy to post the podcast, and their help files gave clear instructions on how to submit the podcast feed to various podcast distributors (a one-time process). Acast also gave us the ability to put a player directly on our website, so community members not familiar with podcasting apps could listen to the episodes directly on the website.

This script had many opportunities for sound effects, and I wanted to make sure that all audio elements were legal to use under copyright laws. In this case, I found all the effects and music I needed for this production at mixkit.co. Wherever you get your music and sounds, make sure the license explicitly gives you permission to use and redistribute them. 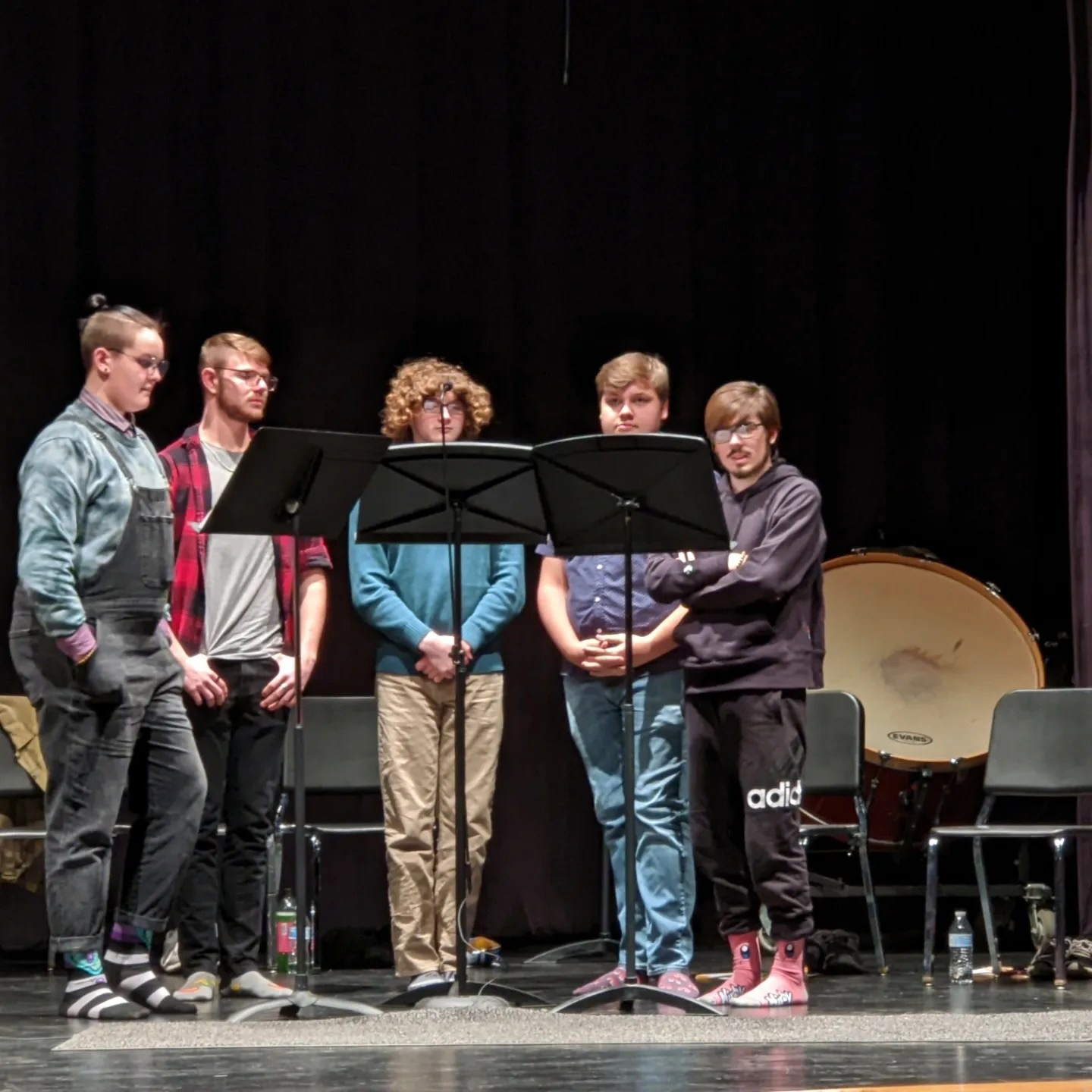 We used the theater’s sound system to handle audio from the mics as well as the laptop that played the sound effects. We fed an output from the sound board to a second laptop that recorded the audio. On our last runthrough, we had considerable distortion on the recording, and after several rearrangements and switching of mics, we realized the sound output from the laptop was too loud. Our final test recording, just before the audience entered, sounded great, and we went to the green room with great sighs of relief.

Another sound hitch led to a fun adaptation. We found on the second day that as actors moved towards and away from the mics, even walking gently, there was vibration traveling through the stage floor to the mic stands, which was distantly audible on the recording. Our solution was to take off our shoes; walking in socks was an easy way to provide the additional cushioning we needed. To make it more fun, I invited the cast to wear the craziest socks they had to the recording session. 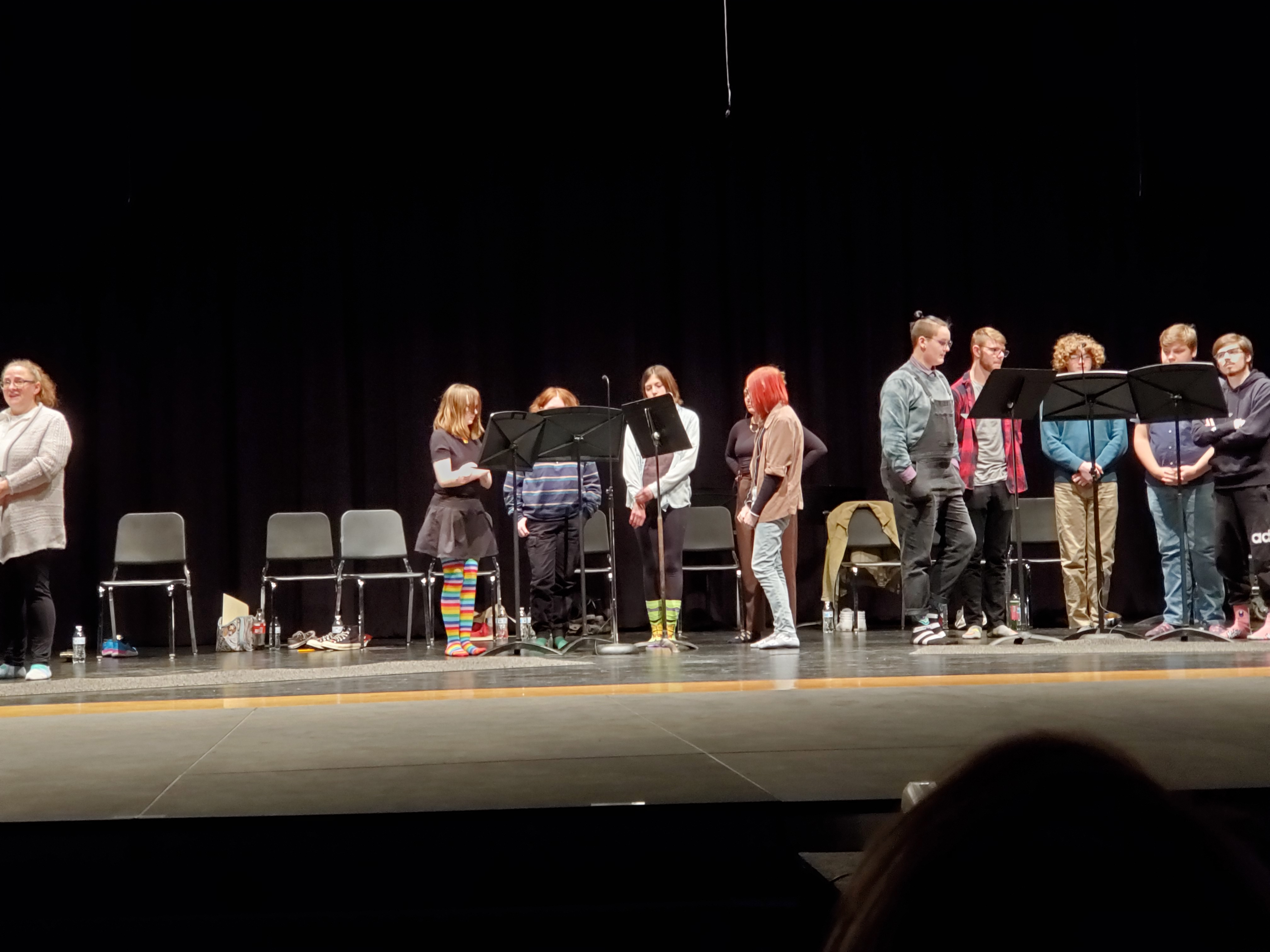 In the future, we want to spread out the rehearsal sessions over several weeks. I was too rushed in casting the show, and though it squeezed in between the musical rehearsals nicely, it was a lot for one weekend. We will also test the recording equipment sooner and more completely. Though the audio came out fine in the end, the last frazzled hour took away from our warm-up time, and some actors were a little more rushed in their final delivery than I would have wanted.

For our second season, we want to do a comedy, and we’re looking at anthology scripts in which each scene is a complete, separate story that will stand on its own. These will become separate episodes of the podcast, which I hope will maintain listenership over the entire season.

The week after our recording, I surveyed the actors with an online form, and most responded. Here are some of the highlights: 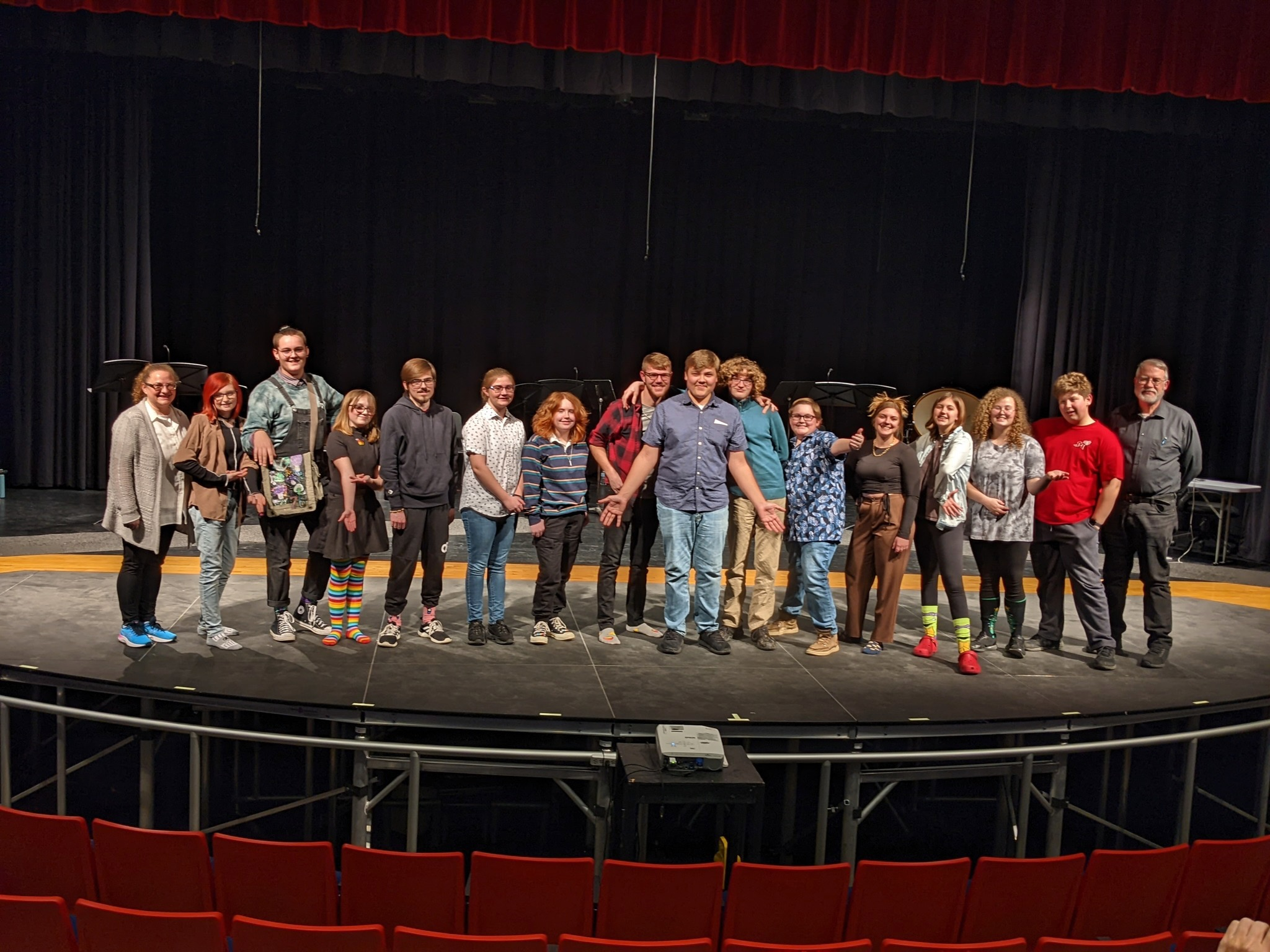 In a free-response question, some of the comments were: 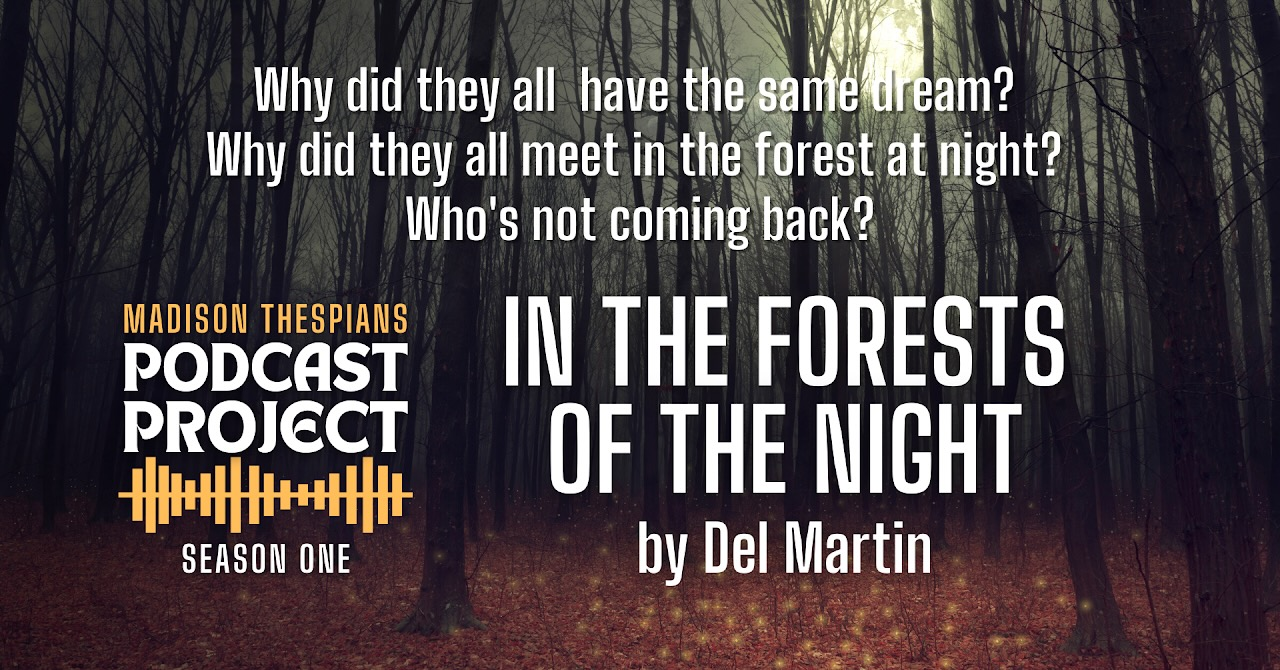 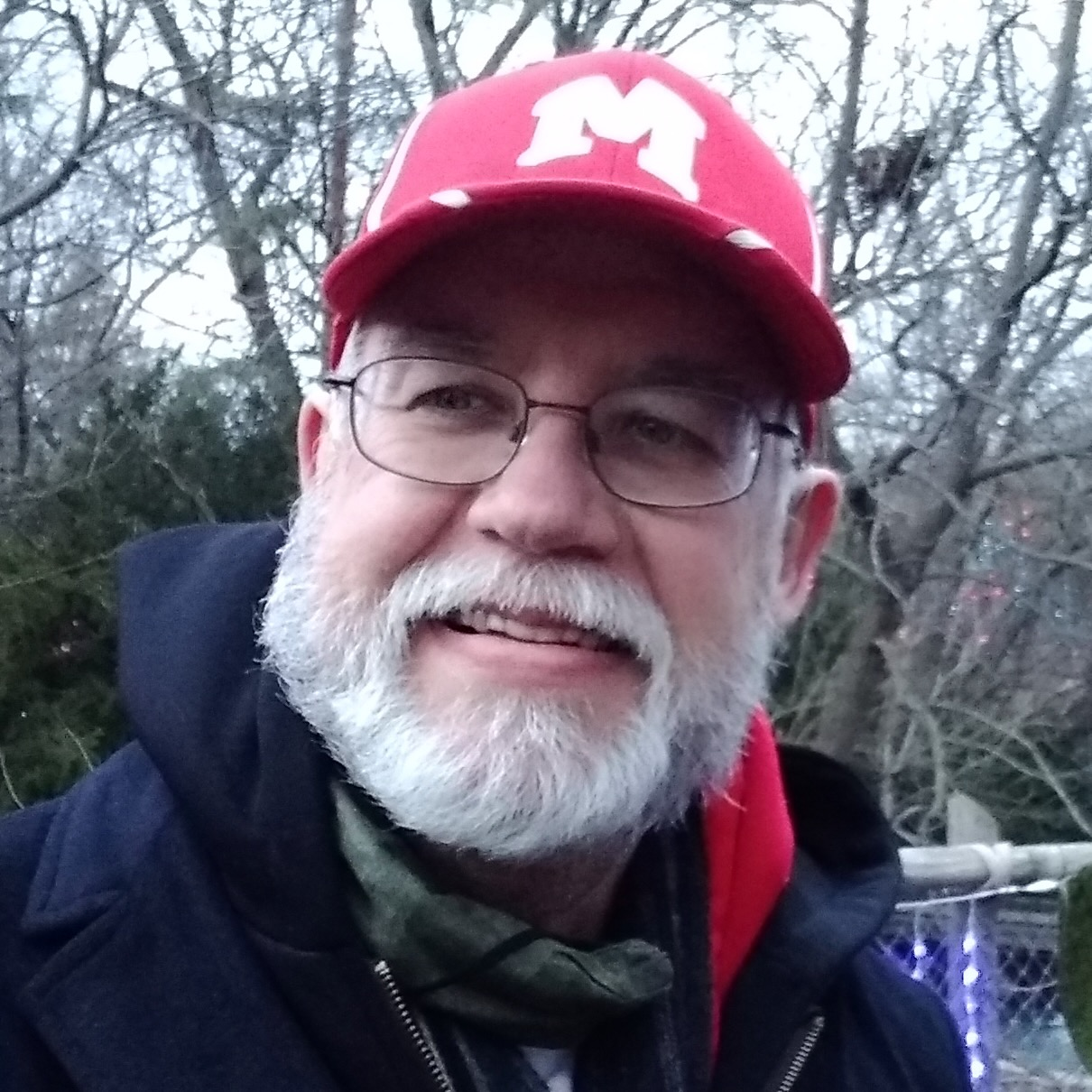 Joel Brown taught math and technology courses at Madison High School for over 30 years, and was involved in the drama program most of that time in various roles. After pretending to retire, he continues working at Madison as a substitute teacher while having fun managing the theater, directing plays and volunteering with the band.

Would you like to read In the Forests of the Night?

Stay up to date with all of the newest releases!